You are here: Home / Articles / REMOULDING MARITIME CULTURE IN THE INDIAN MIND 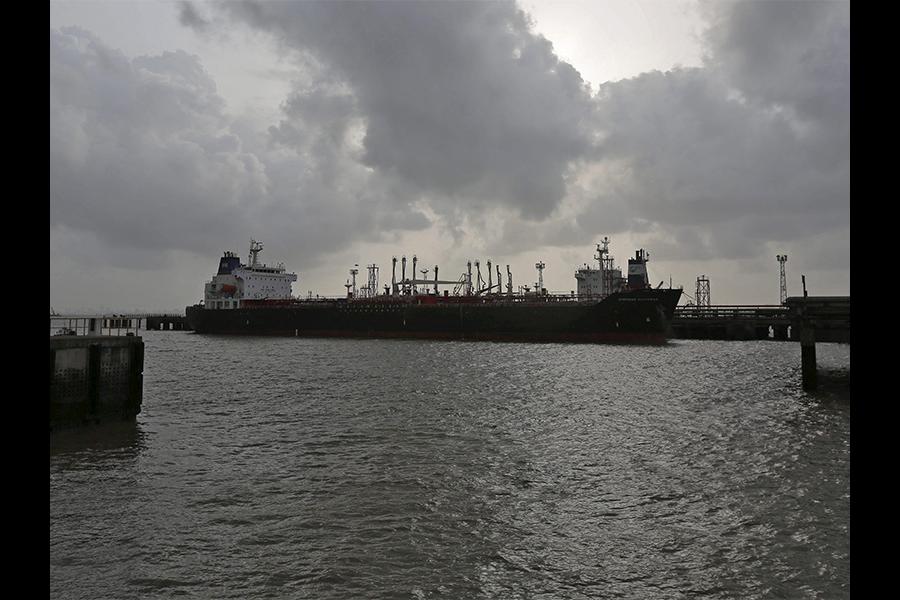 A series of recent high-level visits to India by foreign dignitaries have been making news headlines. Significantly, several bilateral maritime agreements have been signed with France and Vietnam. These development events are reinforcing India’s maritime endeavours. However, there is a scope for wider dissemination of these developments in the public domain. .An overview of the Central Board of Secondary Education (CBSE)and National Council of Educational Research and Training (NCERT) syllabi reveals that there lies much potential and the need to incorporate India’s rich maritime culture in the country’s school textbooks. This commentary seeks to examine the imperatives and avenues for sensitizing the Indian citizens to India’s rich maritime culture, and the resurgence of its maritime power, with specific focus on the country’s youth.

A study of the syllabi of geography textbooks currently being prescribed by Indian schools indicates that these books have certain lacunae that need to be addressed.  There is a need among educational institutions in the country to project an oceanic view in addition to standard geographic knowledge. This can be done by studying the works of scholars who have dwelt on maritime issues. Similarly, there is scope for the country’s history books to showcase India’s past maritime adventures, notably those which occurred in South Asia and Southeast Asia. A case in point is highlighting the naval pursuits of the Cholas which took place during the 14th century.

Fortunately, there is no dearth of data resources when it comes to addition of information on India’s maritime dynamics. Essays on India’s Maritime History, a publication by National Maritime Foundation (NMF), enlightens readers on India’s vast maritime trade networks which have flourished during the past. According to the book, these maritime linkages thrived amidst citizens across the globe, be it with the Romans, Arabs or East Asians. The book also highlights other ancient Indian maritime contours, including Maratha military naval power, the spread of Buddhism and the exchange of cultures. Given this context, NCERT and other educational bodies in India can seek assistance from the country’s think tanks, including NMF, which specialize in maritime research. This move will add to the maritime outlook of textbook syllabi.

One recalls the approach of China’s educational curriculum. Across the eastern nation, school children study from textbooks which declare the entire South China Sea as China’s territory. This is clearly a long-term strategy worked out by Beijing. It would enable a strong sense of nationalism among the Chinese at an impressionable age , while encouraging China’s citizens  to support their country’s stand on the South China Sea dispute.

Chinese persons are hence accepting their country’s claim over the entire South China Sea, and are thereby supporting China’s disregard for international maritime obligations. In contrast, India looks upon the Indian Ocean as a region where all stakeholders must coordinate towards common objectives. For instance, Delhi realizes that the success of SAGAR (Security and Growth for All in the Region) does not lie with India alone. All littoral countries in IOR have a role to play in carrying out this initiative. India would also benefit it describes its magnanimous maritime moves in the country’s history and geography textbooks. For example, the books can narrate the move by Delhi to accept the international verdict favouring Bangladesh in a maritime boundary dispute case. This would display a hallmark of India’s diplomatic goodwill, sound foreign policy and principle of ‘Neighbourhood First’.

Besides, traditional economic principles in Indian textbooks can be supplemented with maritime concepts. This is not merely an idealistic recommendation. China is following the concept of Blue Economy with full steam. However Beijing’s aim is to achieve the number one status on the international stage, via the Belt and Road Initiative.

On the other hand, India has a nobler path to follow, albeit a longer one. Namely, a genuine Blue Economy which involves sustainable oceanic development. Environmental studies are already a compulsory subject in Indian school and college curricula. These textbooks may do well to add the importance of sustainable development across borders, including in the maritime domain. In addition, a credit system can be offered to college students for engaging in maritime-friendly practices where ever feasible. Experiments can be conducted to build on policies and technologies related to sustainable maritime practices. These include fishing, deep-sea mining, energy exploration, maritime infrastructure, trade, logistics, engineering, software, mapping, satellite systems and healthcare. Another option would be the conducting of legal summits by, for and of the youth on issues related to maritime boundaries or arrest of fishermen in contested waters.

While these avenues seem promising, certain obstacles must be overcome. Firstly, a careful and moreover a factual approach through the proper channels is required. This will ensure positive receptivity from society while adding the topic of ‘maritime culture’ to India’s educational syllabi. Hence negative accusations of hyper nationalism would be eschewed.

Secondly, greater participatory approach is required. Maritime consciousness emanate from the grassroots, especially among the coastal areas. The fishing community’s youth are equal stakeholders. Their grievances need to be addressed and discussed with youth from other educational or occupational streams. A top-down approach is likely to see impediments, as seen in the case of certain regional maritime initiatives such as Mausam, SAGAR and Indian Ocean Rim Association (IORA). These fora, can reach optimum levels of maritime regionalism if they are all-inclusive in their approach.

The onus of moulding maritime culture lies not with the senior generations alone, but also among the youth. This is a relatively hassle-free task today, given the advent of ICT and social media. Documentaries on maritime history, modern sea tales and the Indian Navy’s achievements can be broadcast on television and online media/social media. NMF and other similar organizations may collaborate for producing such programmes. College students can sail on brief sea excursions to add variety to their experiences.

The members of Young Minds of C3S, a youth forum, can also take up the subject of maritime culture in their research and seminar activies.. Coastal regions’ governments may launch schemes for exhibiting their states’ maritime achievements. They may also involve youth in landlocked regions in order to share maritime benefits with India’s inland states. New Delhi’s measures such as the Africa-Asia Growth Corridor (AAGC) and the North-South Transport Corridor (NSTC) should be participatory. Awareness campaigns may be conducted across the nation, in various educational and other youth fora, for enabling feedback and dissemination of knowledge. This will ensure that China’s Maritime Silk Road (MSR) is effectively countered. Besides, the move will add to value to India’s maritime might and enhance the IOR’s maritime regionalism.

The ocean is a source of wealth, be it living and non-living resources. The doors to harness these resources have been opened, thanks to the Indian government’s Blue Economy initiative. There is a need to collectively harness the resources, while protecting the environmental harmony of the maritime world. Indians can achieve this by continuing to acknowledge, appreciate and build on their own maritime strengths, while the country sets out into the ‘Maritime Century’.

*Asma Masood is Research Officer, Chennai Centre for China Studies (C3S). The views expressed are her own and do not reflect the official policy or position of NMF or C3S.She can be reached at asma.masood11@gmail.com 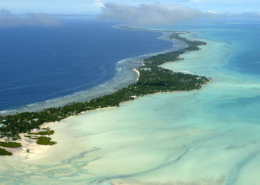 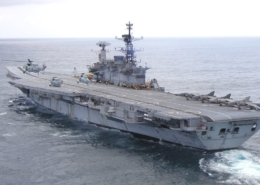 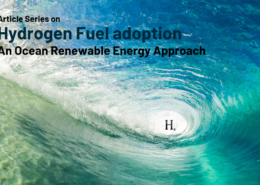 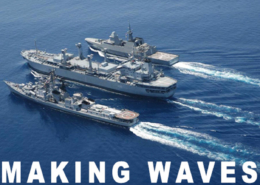 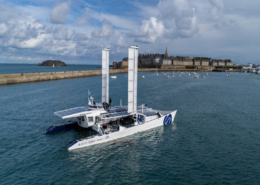 Energy Observer, launched in April 2017, is the first vessel in the world to both generate and be powered by hydrogen, relying on a renewable energy mix for onboard production. https://maritimeindia.org/wp-content/uploads/2020/09/rsz_energy-observer-back-at-st-malo.jpg 550 900 admin https://maritimeindia.org/wp-content/uploads/2020/01/sm-logo.png admin2020-09-15 00:55:362020-09-26 15:54:26HYDROGEN FUEL ADOPTION: AN OCEAN RENEWABLE ENERGY APPROACH   PART 4: HYDROGEN-FUEL FROM ‘ORER’ — A HYBRID SOLUTION FOR MARITIME ACTIVITY

CHINA’S APPROACH TO FREEDOM OF NAVIGATION: NO SAIL ZONES Scroll to top