In the taxonomy of ‘Geopolitics’ and ‘Geo-strategy’, the prefix ‘geo’ refers to a country’s strategic geography, which is the core underpinning of its national-strategy. Geopolitics involves the satiation of the country’s geo-economic and other objectives, which are sought to be met through coherent geo-strategies in various domains. The military domain merely represents an ‘assurance’ and ‘insurance’ for effectiveness of the other ‘operative’ strategies. Notwithstanding the talk about the ‘Rise of Asia’, the ‘Rise of the Indo-Pacific’ may be a more accurate conceptualization. Some centuries ago, for much of the time, India and China together contributed to more than half of the global Gross Domestic Product. The proportion fell sharply beginning the 18th Century due to the combined effects of the industrialization of the Europe and the colonization of Asia, but it is on the rise again. Given the economic progress achieved by East and South-East Asia in the past half century, the ‘maritime underbelly’ of Asia – the ‘Indo-Pacific’ will surely surpass this ‘50 per cent’ ratio.

The Genesis of ‘Indo-Pacific’

The ‘Indo-Pacific’ idea is thus premised on the need for enhanced geo-economic connectivity between the Indian and Pacific oceans, shared prosperity, and the attendant need for good order and strategic stability. It also involves exerting restraining pressures upon disruptive tendencies, of either state or non-state players. This idea germinated about a decade ago, and involved a series of notable events. Amongst these was the January 2007 Annual Dialogue between the Institute for Defence Studies and Analysis (IDSA) and the Japan Institute for International Affairs (JIIA). During the discussions, it was noted that the ‘geo-economic connect’ between the Indian Ocean Region (IOR) and the Western Pacific (Pacific-Asia) in terms of the increasing dependence of the East and South-East Asian on the natural resources of the IOR. Such dependence had begun some decades ago with the growing industrialisation of the economies in Pacific-Asia. However, the ‘security connect’ was a new development. For instance, since 2004, the Proliferation Security Initiative (PSI) was launched by the US to counter the proliferation of Weapons of Mass Destruction (WMD), which operated across the entire maritime swath stretching from West Asia (Iran and Syria) to North-East Asia (North Korea). During the Dialogue, China’s increasing geopolitical assertiveness and growing influence in the IOR was also discussed. A couple of years earlier in 2005, a US think-tank had reported it

‘String of Pearls’ in the Indian Ocean. The Japanese were becoming wary of the increasing risks to their geo-economics interests in the IOR. The Indians were worried over the possibility of a permanent Chinese naval presence in the IOR. Both were equally anxious over the fluidity of Balance of Power (BoP) in maritime Asia, and how would the new balance affect their respective strategic interests. The participants, therefore, discussed China’s strategic vulnerability – its energy lifelines transiting the Indian Ocean. The ‘Indo-Pacific’ idea was an opportunity to showcase the Indian Navy’s ability choke China’s jugular, and thereby, dissuade its growing assertiveness. This led to the publication of paper, titled ‘Security of Sea Lines: Prospects for India-Japan Cooperation’ in IDSA’s Strategic Analyses journal. The paper introduced and explained the ‘Indo-Pacific’ concept, elaborating on the vulnerability of Japan’s Sea Lines of Communication (SLOC). The aim was ‘strategic communication’; to send a subtle message to China that its own SLOCs could be targeted if it continued its behaviour of politico military assertiveness. A few months later in August 2007, the Japanese Prime Minister Shinzo Abe addressed the Indian Parliament, speaking of the ‘Confluence of the Pacific and the Indian Oceans dynamic coupling as seas of freedom and of prosperity’. In

India reoriented its geostrategic orientation to the East nearly three decades ago through its ‘Look East’ Policy of 1991. This is dictated inter alia by the need for economic connectivity with India’s extended eastern neighbourhood, good order at sea, and a credible strategic deterrence against China. However, the effort was not effective enough. The Indo-Pacific concept of 2007 was, therefore, also a subconscious effort to support India’s vision. The idea did not gain traction until 2014, when the India’s PM provided policy ballast to it through his reinvigourated ‘Act East’ policy.

Australia perceives itself as key to the Indo-Pacific concept, long before the concept gained traction. Its Defence White Paper of 2013 is the first-ever ‘official’ articulation of concept in the contemporary times. Interestingly, alike the Japanese, the Australians have envisioned a ‘free and open Pacific’, but their pictorial depictions do not encompass Japan, reflecting the scope of Australia’s geostrategic frontiers.

Since 2010, the US realised that the ‘Asia-Pacific’ construct was inadequate to meet its geopolitical objectives; owing to China’s increasing military strategic footprint in the IOR; and consequently, the need for India to play a more active Pan-Asian maritime security role, which led to its call for India to be a regional ‘net security provider’. The US thus expanded the ‘Asia-Pacific’ nomenclature to ‘Indo-Asia Pacific’ (as an effort to maintain US relevance as a resident power in Asia). During his Asia tour in November 2017, President articulated ‘Indo-Pacific’ repeatedly. Whether or not being a reincarnation of the ‘rebalance to Asia’, his tone and tenor indicated a desire for an anti-China partnership, thereby polarising the ‘IndoPacific’, which was not constructive. The recent move by the US Congressional Committee to rename the US PACOM to ‘Indo-Pacific Command’ is indeed a welcome development, assuming that it would interface the Indian Navy with the US Naval Forces, Central Command (NAVCENT). However, it reiterates the rather narrow American world-view on security and military power, which needs to be reconsidered by Washington DC.

Consequent to the US President’s articulation, the ASEAN and the European Union (EU) have become averse to the ‘Indo-Pacific’ idea. From their shared perspective, President Trump’s articulation will force smaller countries to take sides and involves a quasi-military alignment. However, driven by their national interests some key ASEAN and EU countries like Vietnam, Indonesia France and the UK are ‘on board’ the Indo-Pacific construct.

China has been circumspect about ‘Indo-Pacific’ since November 2012, when the US Secretary of State Hillary Clinton lauded India as an important player in the Indo-Pacific region. China has not expressed any official reaction, but its academia (that reflects and supports official policy-making) has expressed an enhanced concern, especially after President Trump’s articulation of Indo-Pacific. Meanwhile, Beijing has capitalised upon the Indo-Pacific concept by reinforcing its geo-economic connects with the IOR countries.

Chinese academic literature refers to China’s Maritime Silk Road (MSR) initiative as ‘IndoPacific with Chinese characteristics’. The MSR has been augmented lately by the government approval for ‘Hainan Free Trade Zone and Port’ (to be completed by 2025- 35), which is being expressed by the Chinese analysts as the ‘Indo-Pacific gateway’. Indirectly, the Indo-Pacific concept has also enhanced the legitimacy of Chinese military presence in the Indian Ocean.

During the IDSA-JIIA Dialogue of January 2007, the geographical scope of the ‘Indo-Pacific’ was conceived as the IOR and the Western Pacific. However, three notable variations have since emerged. The Japanese PM’s speech of August 2007 covered the entire Pacific Ocean right up to the Americas. The US prefer to have the Indo-Pacific coincide with the Area of Responsibility (AOR) of its Pacific Command, if it translates into reviewing the nomenclature of the command. Australia may prefer to have it merely straddle Oceania, ranging from the IOR to Southeast Asia. Notwithstanding these differences, two aspects are salient:

Trends indicate the likelihood that the ‘Indo-Pacific’ concept will progressively gain acceptance, notwithstanding the differences in its geographical scope. Its future contours will depend upon political-level partnerships among the key players in the region vis-à-vis China.

The functional parameters at the Executive Level are yet to be fleshed out. China will react to it based upon how these parameters are decided. Shared values are important instruments of statecraft, but cannot alone form the basis of policy-formulation, which needs to incorporate ‘shared interests’ as well. So the executive level could be best worked out by acknowledging that:

Towards making the ‘Indo-Pacific’ concept and the Quad effective in achieving its objectives, the nomenclature of the Quad needs to be reviewed, and the word ‘security’ removed from ‘Quadrilateral Security Dialogue’. The Quad could then focus on geo-economics, including connectivity models as alternatives to the Chinese MSR. It could help the regional countries to building capacity for sustainable development of marine resources and ocean economy in general, under the concept of ‘Blue Economy’. To facilitate geo-economics, the Quad could also work towards strengthening maritime safety mechanisms in the region. Concurrently, the Quad could work towards politico-diplomatic persuasion and dissuasion of China, such as by supporting regional countries to subject China to international legal arbitration, capacitybuilding and capability enhancement of the regional maritime forces for maintain a favourable balance of power and sharing strategic assessments. The security (military) dimension would need to be used as an ‘assurance’ and ‘insurance’ mechanism. Towards ‘assurance’, subtle pressures need to be exerted upon China through multi-lateral naval mechanisms like the Western Pacific Naval Symposium (WPNS) and the Indian Ocean Naval Symposium (IONS), linking up the two. Towards ‘insurance’, the Quad would need preparedness to respond to both state and non-state security challenges in key areas, inter alia, situational awareness, operational compatibility (inter-operability) through combined naval exercises, and enhancing maritime-military sustenance through a web of logistic agreements among the Quad members

*Captain Gurpreet S Khurana, PhD, is Executive Director at National Maritime Foundation (NMF), New Delhi. The views expressed are his own and do not reflect the official policy or position of the NMF, the Indian Navy, or the Government of India. He can be reached at gurpreet.bulbul@gmail.com. 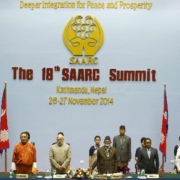 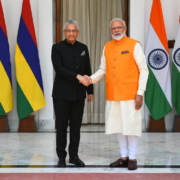 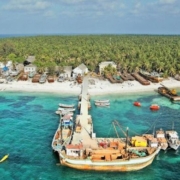 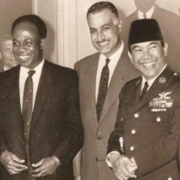 HOW ‘NON-ALIGNED’ SHOULD INDIA BE? 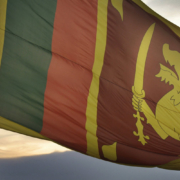 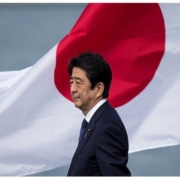 JAPANESE NAVAL DIPLOMACY IN THE INDIAN OCEAN: PROSPECTS AND POSSIBILITIES Scroll to top