The results of the Maldivian elections, held on 23rd September, have surprised many, particularly in India. The authoritarian tendencies of President Yameen and news emanating from Male thus far had suggested that the Maldivian strongman may not be willing to step down, the results of the elections notwithstanding.  It was the general perception that Yameen would attempt to manipulate the elections to ensure his victory. The manner in which he has since conceded defeat to the joint opposition candidate, Ibrahim Mohamed Solih, has, of course, come as a big relief to New Delhi.  Nevertheless, it is important for India to ensure that its palpable feeling of satisfaction at the results of these elections do not lead to complacency.

For the larger part of President Abdulla Yameen’s rule, Maldives maintained an uneasy relationship with India.  Yameen’s actions in courting China did not go down well with New Delhi.  Somewhat to India’s bewilderment, Yameen went a step further and even invited senior Pakistani military officials to Male.  India barely tolerated his regime when he jailed members of the parliament and judges of the Supreme Court, last year.  In fact, hawks in the Indian security establishment demanded that the Indian government militarily intervene in the country to effect a regime-change.  Former Prime Minister Mohamed Nasheed, too, had requested India to intervene.

Fortunately, cooler heads prevailed in New Delhi and India successfully waited out the Yameen regime rather than going in for a unilateral intervention, which would certainly have attracted internationally controversy. All this notwithstanding, work for the Indian foreign office has just begun.  The new government in Malé does not owe anything to India and would probably gravitate toward whichever power gives it the ‘best bang for its buck’.  In fact, it is fair to state that it was not Yameen who initiated his country’s cosying up to China, but erstwhile President Mohamed Nasheed.   Nasheed, who was the first democratically elected president of the country, actively encouraged the opening of the Chinese embassy in Malé in 2011 itself.

One could reasonably conclude that Maldives, as a nation, will now commence afresh, the process of choosing a partner.  Although, Yameen may well have made it far too obvious that he preferred China to India, the game is once again on, now that there is a new dispensation in power.  China may hold an economic advantage, but India is geographically closer to this Indian Ocean archipelagic State. New Delhi will need to play its cards dexterously, if it is to recover the influence it enjoyed for many decades in Malé, but which it lost during the years of the Yameen incumbency.  This is easier said than done.

The Chinese have invested heavily in large projects in Maldives.  They are currently expanding the Velana International Airport on the island of Hulhulé, and building a 25-story apartment complex and a hospital.  Earlier this year, the government inaugurated the $300 million Sinamalé Bridge (popularly known as the China-Maldives Friendship Bridge) that links the islands of Malé and Hulhulé. . Chinese tourists constitute the single largest number of foreign visitors to the country. Tourism is the largest industry in Maldives and provides the country with 60% of its foreign exchange earnings.  With such heavy investment and close economic linkages, it is difficult to see any easy options for Malé should it seek to extricate itself from China’s grasp.

Yameen’s opponents have accused him of selling out the country to Beijing.  This may not be entirely incorrect.  The Chinese have loaned heavy sums to many countries with no or little clarity on how the money is to be returned.  This has frequently been done under the ambit of the Belt and Road Initiative (BRI), which was unveiled in 2013.  Often, the recipient States have been those ruled by authoritarian strongmen in desperate need of easy funds to showcase their development credentials.

In many respects, Maldives offers an example that is eerily similar to that of another neighbour of India in the Indian Ocean, which, too, had invited Chinese investment and sought to build closer ties with Beijing.  In Colombo, President Mahinda Rajapaksa had turned Sri Lankan government’s policies towards China.  He gave large projects to Chinese companies, only to saddle his country with a debt burden that it could not bear.  The present Sirisena government, although considered close to India, has found it increasingly difficult to extricate itself from the policies of the previous government. Consequentially, it has been forced to cede control over a portion of its territory (Hambantota port) to the Chinese.

The insidious encroachment of China into what New Delhi considers to be its backyard has been worrying India for quite some time now.  Chinese influence has been visibly increasing in Nepal, Sri Lanka, Myanmar and Pakistan.  More importantly, the acquisition of strategic ports, roads and territory around India has caused some degree of alarm in South Block.  At the macro level, Indian Prime Minister Modi has engaged with President Xi Jinping to ensure that the two Asian giants do not compete to each other’s detriment.  The Wuhan summit has enabled India and China to come to what the MEA has termed a ’long-term and strategic understanding‘. This is also borne out by Chinese foreign policy statements whereby Beijing has advised smaller countries of South Asia to work together with India.  However, India cannot count merely on the goodwill of the Chinese establishment.  It also needs to work on its neighbourhood at the bilateral level to ensure it is not left out in the cold at a later date.

The transition of power in Malé has presented India with an opportunity to re-energise ties with Maldives.  Many analysts contend that the election itself was fought on pro-India and pro-China planks, with Solih representing the pro-India faction.  That may not be entirely accurate and Indian delight may yet be premature.  Solih has stated in the past that Maldives, under his rule, will continue to maintain friendly ties with China.  More importantly, the tiny nation is in debt to Beijing to the tune of $1.3 billion, which the new government will have to pay.  In all probability, therefore, China will continue to maintain a strong influence over Malé.  However, that should not dissuade India from proactively, meaningfully and substantively engaging the new government.

Rajesh Soami is an Associate Fellow at the National Maritime Foundation. The views expressed here are his own, and do not reflect the official policy or position of the NMF. He can be reached at rajesh96_isg@jnu.ac.in 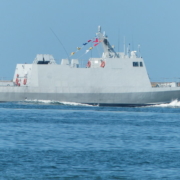 SHOULD INDIA BAIL OUT A DEBT-RIDDEN MALDIVES? INDIA AS A CHALLENGE TO CHINA'S BRI 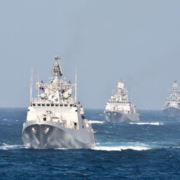 IONS VER. 2.0 — A TIME FOR REJUVENATION Scroll to top