You are here: Home / Articles / SHANGHAI COOPERATION ORGANISATION- THE MARITIME POTENTIAL OF A CONTINENTAL... 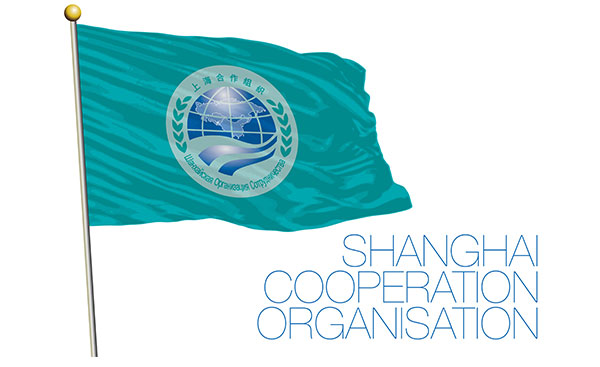 Shanghai Cooperation Organisation — The Maritime Potential of a Continental Construct

With its vast geographic spread accounting for 22 per cent of the world’s landmass and 40 per cent of its population, the Shanghai Cooperation Organisation (SCO), established in 2001, is the world’s largest regional organisation and is often construed as an Asian response to the West’s domination of international fora.  As the successor to the erstwhile “Shanghai Five”, founded in 1996, the platform’s geopolitical agenda has remained predominantly focused upon the land-locked Central Asian region. Has that made the SCO essentially a continental construct and negated its potential in the maritime domain?  This article is an attempt to examine the avenues of maritime cooperation in the SCO and the hurdles in the way of capitalising upon these opportunities.

Since its inception, the general trend in and around the SCO has been to fashion a continental alliance within the Eurasian landmass.  However, the inclusion of India and Pakistan as full members into the mechanism in 2017, has added to its maritime character.  With this new overture, half of the eight-member body, along with Russia and China, possess approximately 60,176 km of coastline. However, has it enhanced the scope of the SCO’s activities or does it challenge the organisation’s original vision?  The answer to this hinges on the degree of consensus and mutual confidence that the member States have been able to build thus far.

The genesis of the SCO is primarily attributed to existing regional insecurities, with China and Russia coming into an uneasy coexistence based largely upon their shared concerns regarding border management and domestic ethno-national insurgencies such as the Uyghur uprising in China.  A meeting of the top security officials of the member States, in May 2018, identified the need for cooperation in the area of counter-insurgency operations, drug trafficking, and transnational crimes.  All this notwithstanding, the presence of maritime-configured States within the grouping will, in all probability, lead to an eventual reorientation of their security concerns, forcing them to transcend their present ‘continental mindset’.  For instance, the inclusion of India and Pakistan has brought security threats emanating from- or within- the Indian Ocean Region into the SCO’s area of interest.  In this regard, the Regional Anti-Terrorist Structure (RATS), a subset of SCO, would need to redesign its framework in order to respond collectively to this expanded set of asymmetric threats.

The economic mandate of the SCO can also not forever exclude the maritime interests of ts constituent member-States.  According to a 2014 report of the United Nations Conference on Trade and Development (UNCTAD), “the ocean economy can be defined as the economic activity which directly or indirectly uses the sea as an input whereas the coastal economy represents all economic activity which takes place in a specific coastal region”.  The provision of an “indirect” use of sea, as provided in the definition, offers the possibility of instituting a ‘blue economy’ template under the SCO’s ambit, with its landlocked members remaining important stakeholders.  Even though Central Asian member States do not have access to the open oceans, they nevertheless have a significant market potential relevant to their maritime counterparts, all of which underlines the scope of ‘blue’ growth.

‘Connectivity’ continues to be an integral requisite for realising the internal cohesion and economic interests of the member States.  China’s ‘Belt and Road Initiative’ (BRI) is sought to be aligned with the SCO’s connectivity-template, and a consensus appears to have been reached in this regard. The deep-sea port at Gwadar, in the Baloch province of Pakistan, provides the maritime component of the China-Pakistan Economic Corridor (CPEC), which connects China’s Xinjiang province with the Indian Ocean.  Moreover, since 2016, India is part of a trilateral agreement with Afghanistan and Iran that is working towards the development of Chabahar Port, which is located in south-eastern Iran, in the immediate proximity of Gwadar.    The Ashgabat Agreement (2011), to which India acceded in February 2018, would create a multi-modal transit and transport corridor between Central Asia and the Persian Gulf.  Amongst the four signatories, India and Uzbekistan are full members of the SCO, while Iran is an ‘observer’.  On similar lines, the International North-South Transport Corridor (INSTC) agreement between India, Iran and Russia, provides for a 7,200 km multi-modal transport corridor, through ship, rail and road networks, which could, in due course, be brought within the purview of the SCO.

Despite this evidently adequate rationale for the institutionalisation of a maritime mandate, the achievement of consensus among the member States on forging a maritime identity seems remote at present due to some crippling factors.  The long-standing unresolved political problems and mutual acrimony between India and Pakistan is one such factor, which severely constrains the likelihood of maritime convergence amongst the SCO’s most prominent Indian Ocean constituents.  The trust-deficit between India and China, arising from their explicitly incongruent roadmaps for a reformed international order, further reduces the SCO’s value as an institution capable of producing a grand cohesive regional order.  Most recently, India also refused to give support to the CPEC during the 18th SCO Summit held at Qingdao in June 2018.  Alhough India and China ventured into the second edition of their bilateral ‘Maritime Security Dialogue’ on 13 July 2018, the future of a stable cooperation between these two Asian powerhouses remains unclear.  Therefore, under the present circumstances, the maritime domain remains a difficult one in which the ‘Shanghai Eight’ could navigate.   The bilateral concerns of the member States assume primacy over the organisation’s vision.  The availability of a large coastal geography would not, in and of itself, guarantee the maturating of the SCO’s maritime character or potential.  The ‘Shanghai Spirit’ must tread a long and challenging path towards the oceans.

*Adarsh Vijay is an Assistant Professor in the Department of Political Science at the Madras Christian College, Chennai. The views expressed are his own and do not reflect the official position of the NMF. He can be reached at adarshvjy@gmail.com.

AN OPENING FOR INDIA IN THE MALDIVES Scroll to top