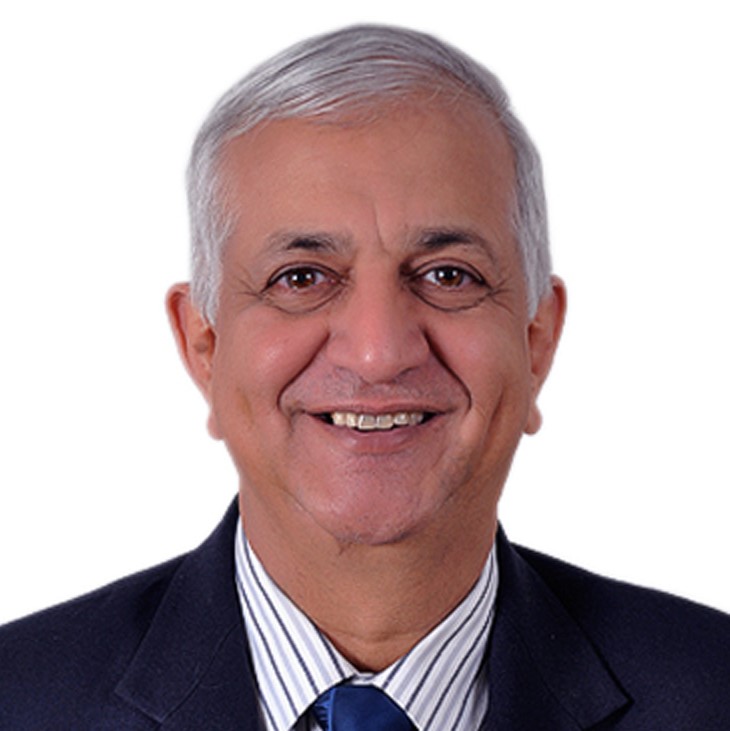 Experience: An alumnus of the National Defence Academy, the Defence Services Staff College, the Naval War College, and the National Defence College, with BSc, MSc and MPhil degrees under his belt, Vice Admiral Pradeep Chauhan, AVSM & Bar, VSM, is currently the Director-General of the National Maritime Foundation, New Delhi, which is India’s foremost resource centre for the development and advocacy of strategies for the promotion and protection of India’s maritime interests.

The admiral retired on 30 November 2013 after an illustrious four-decade-long career in the Executive Branch of the Indian Navy.  He has had a rich and varied naval career, which included a three-year deputation to the Government of Mauritius, where he set up and commanded the Mauritius National Coast Guard.  He has been the principal evaluator of the Navy’s battle-tactics, the Head of the Naval Training Team at the Defence Services Staff College, and the Principal Director of Naval Operations.  His sea-going service incorporates command-appointments on four occasions, including the guided-missile frigate, INS Brahmaputra, and, culminating in his command of the aircraft carrier, the Viraat.  As a Flag Officer, he was the Navy’s first Assistant Chief of the Naval Staff (Foreign Cooperation & Intelligence), where he conceptualised and executed the Indian Ocean Naval Symposium (IONS).  As a Vice Admiral, he has been Chief of Staff of the Western Naval Command; and was, in his last naval appointment before retirement, the Commandant of the Indian Naval Academy (Ezhimala).  He has been commended three times by the President of India for sustained distinguished service.  Not one to rest on past laurels, he has remained active even after retirement and is a much sought-after thought-leader, leadership mentor, and an outstanding orator.  Apart from being on the visiting faculty of the higher-command establishments of all three of India’s defence services, as also tri-Service establishments such as the College of Defence Management, Hyderabad and the National Defence College, New Delhi, he has also been advising the government through his interaction with the Integrated Headquarters of the Ministry of Defence (Navy), the Ministry of External Affairs, the National Security Council Secretariat, and the Joint Intelligence Committee.  He is, in addition, a prolific writer with over 85 published professional articles and papers, and, a respected Adviser and Fellow of several important think-tanks including the Ananta-Aspen Centre; the Forum for Strategic and Security Studies; and, the Centre for Advanced Strategic and Security Studies.

Image courtesy- Indian Navy Website https://indiannavy.nic.in/content/malabar-exercise-20
Author: The 2020 edition (the 24th in the series) of the combined naval exercise MALABAR has finally been restored to its expanded format involving combat platforms and personnel drawn from the navies of all four members of the Quad.  Quite apart from the renewed invitation-to and acceptance-by the Royal Australian Navy — after a gap of […]

The Grandest 'lady' in town !
Author: With the Viraat’s sad and silent movement from her berth within the Naval Dockyard (Mumbai) to the shipbreaking yard at Alang, an era has drawn to an end… the inevitable endpoint of an apathetic populace and an uncaring succession of governments, both at the Centre and the state-level.  A dreadful sadness chills one’s spirit at […]

Author: This is the fifth and final segment of the NMF’s five-part advocacy[1] of the adoption of hydrogen derived from Ocean Renewable Energy Resources (ORER) and the adoption of this hydrogen-fuel, instead of fossil-fuels, for India’s maritime-transport and port sectors.  It builds upon the strength of the preceding part (Part 4), which had demonstrated that far […]

Energy Observer, launched in April 2017, is the first vessel in the world to both generate and be powered by hydrogen, relying on a renewable energy mix for onboard production.
Author: This is the fourth and penultimate tranche of the NMF’s ongoing effort to provide Indian policy-makers with a compelling set of arguments to not only support ocean renewable energy resources (ORER) as an economically viable and ecologically sustainable option to supplement solar and onshore wind energy, but to specifically adopt hydrogen-fuel derived from the oceans […]

Author: This is the third tranche (Part 3) of an ongoing advocacy of the need for India to secure its future energy-security by effecting a transition away from fossil fuels.  The various parts, taken in aggregate, seek to provide Indian policy-makers with a compelling set of arguments, to not only support ocean-based renewable energy as an […]

Author: Introduction On 12 March 2020, the World Health Organization (WHO) declared that the ongoing COVID-19 outbreak was a pandemic[1]. Two significant concerns were — and remain — first, the speed and scale of transmission, and second, the evidence-based belief that some countries were not handling the threat with the desired level of political commitment.[2] With reports […]

Author: India defines Critical Sectors as those that are critical to the nation and whose incapacity or destruction will have a debilitating impact on national security, economy, public health or safety. This is the third of a series of articles dealing with the physical protection of India’s critical maritime-infrastructure.  The first one, published in November 2019 […]

Author: India’s maritime strategy must necessarily be the aggregate of the individual strategies that the country formulates and executes for the preservation, pursuit, promotion, and protection of the six principal maritime interests of India, viz., 1. Protection from sea-based threats to India’s territorial integrity; 2. Ensuring Stability in India’s maritime neighbourhood; 3. Creation, development, and sustenance […]

Author: The impact of the energy sector upon other sectors of the economy, especially in a severely energy-deficient country like India, is inordinately large. As such, its criticality is commensurately high. The production and supply of energy resources relies on a complex system of1 infrastructure that includes Exploration and Production [E&P]) — commonly known as the […]