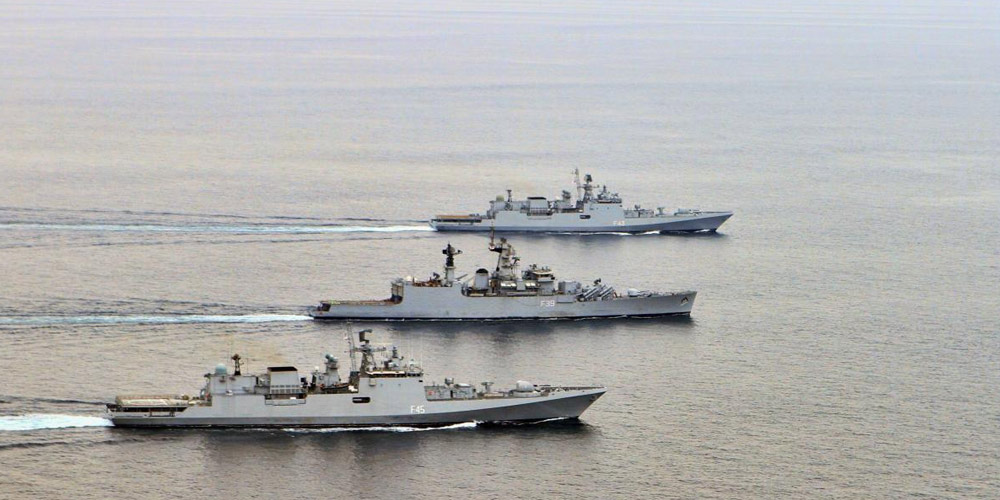 International Relations scholars Barry Buzan and Ole Wæver, who are known for advancing the idea of security as a social construct, propounded the Regional Security Complex (RSC) theory in their book, “Regions and Powers: The Structure of International Security” (2003). In this study,  they  define  RSC  as  “a  set  of  units  whose  major  processes  of  securitisation,   de- securitisation,  or  both  are  so  interlinked  that  their  security  problems  cannot  reasonably  be analyzed or resolved apart from one another.”

The RSC is nurtured by exploring and identifying the elements of cooperation and stability among states. It can be built on factors such as geographical proximities, cultural exchanges, shared histories, common external and regional threats or by positive or negative interactions among the actors. The European Union (EU), the North Atlantic Treaty Organisation (NATO), the Association of South East Asian Nation (ASEAN), and the Arctic Council are a few organisations identified by the RSC theory.

Since being declared a lynchpin to the U.S. ‘Pivot to Asia’ strategy, India is vigorously seeking to play a key role in the Indo-Pacific, which is fast galvanising towards the Indo-Pacific RSC. Evidently, India’s political speeches, dialogues with other regional states and stakeholders, people-to-people interactions, cultural exchanges, and academic research are on the exponential growth to define the Indo-Pacific concept in a new geopolitical context.

In general, “Indo-Pacific” combines the Indian and the Pacific oceans into a singular regional construct. However, the two regions are vastly dissimilar in terms of their security environment; so, how will it fit into the RSC theory?

In practice, a security regime may exist even where a common mechanism for crisis- control in two areas with dissimilar security characteristics is not viable. Even if so, the notion of security regime is germane, as it draws attention to those situations in which similarities among actors do not matter to warrant a “security community.”

Undoubtedly, China compels other states (in the region) to securitise  the Indo-Pacific region. As China is emerging stronger in the region, RSC would form a system to ensure a stable regional ‘Balance of Power’. Consequently, the efforts of India and the other states are being mobilised to build an Indo-Pacific regional platform to neutralise China’s growing influence via its 21st Century Maritime Silk Road.

The Indo-Pacific is a geopolitical construct dominated by maritime affairs. India is a maritime nation, and its geostrategic location makes it a potential regional player. Hence, stabilising the geopolitics of the region is in India’s interest.

Prime Minister Narendra Modi announced the vision of Security and Growth for All in the Region (SAGAR) in May 2015. The acronym reflects India’s foreign, economic, defence, and the  endeavours  of  various  ministries  to  make  a  mutually-beneficial  comprehensive  security- cum-growth complex in the Indo-Pacific region.

Notably, SAGAR is a first-ever apex-level foreign policy initiative in which India has used the word ‘Security’. In 2013, India endorsed the concept of regional ‘Net Security Provider’, but the idea originated in the U.S. The principles enshrined in the SAGAR vision give a framework to address the challenges related to economy, connectivity, security, culture, and identity.

A shared understanding of security is important to construct the Indo-Pacific RSC. At the 2018 Shangri La Dialogue, Prime Minister Narendra Modi outlined India’s vision for the Indo- Pacific as a common rules-based order, and not as a club of limited members or a grouping that seeks  to  dominate.  He  extended  SAGAR  from  IOR  to  the  Pacific  Ocean,  as  he  said,  “…that [SAGAR]  is the  creed  we  follow  to  our  East now  more  vigorously  though  Act  East  Policy  by seeking to join India, especially her East and North-East, with our land and maritime partners to the east.”

Economic and cultural connectivity are the major themes of Prime Minister Narendra Modi’s Indo-Pacific regional policy. For this, Project Mausam has been initiated by India to connect IOR culturally. From ‘Act East’ and ‘Think West’ policies, India seeks to stretch its regional presence in the eastern as well as in the western part of maritime Asia.

Through regional forums such as the Indian-Ocean Rim Association (IORA) and the Forum for India-Pacific Islands Cooperation (FIPIC), India intends to upgrade its influence in the Indo-Pacific and dilute China’s growing assertiveness. Informal consultations, such as through Quadrilateral Security Dialogue (QSD) signify India’s expanded geopolitical frontiers in the Indo-Pacific.

To bring coherence, India stresses on history, and it recalls ancient scriptures in the regional political discourses to highlight India’s historic and contemporary relevance to the region. Many times, ancient texts are quoted by leaders in their speeches to substantiate India’s strong presence in the Indo-Pacific.

India promotes the need to develop a security architecture that will strengthen the culture of cooperation and collective action. It emphasises on institutionalisation of the rule- based order to effectively combat transnational security challenges across the Indo-Pacific region, posed by state or non-state actors.

The RSC is an increasingly significant feature of the Indo-Pacific milieu. The geo- strategic significance of India as a stabilising power in the IOR is globally accepted, and there is a distinct realisation that India is destined to play a larger role in the region.

* Namita Barthwal is interning at the National Maritime Foundation (NMF), New Delhi. The views expressed are her own and do not reflect the position of the NMF. She can be reached at namita.barthwal@gmail.com