The first review of the progress in achieving SDGs was undertaken at the High-Level Political Forum (HLPF) from 11-20 July,at UN headquarters in New York. The meeting was considered important as the forum is the central platform for the follow up and review of SDGs. The forum which concluded with a ministerial declaration helped to identify the existing gaps in the SDG framework and its implementation and set the benchmark for progress on future monitoring efforts. 22 countries presented the results and experiences from voluntary national reviews (VNRs) of the SDGs to enable other members to learn from national actions and the accompanying implementation challenges.

The HLPF provided an opportunity for countries to demonstrate their preparedness in implementing the SDGs. This opportunity was exploited by countries like China, Germany, Philippines, Mexico and even smaller states like Togo, Morocco, Egypt and Uganda which presented VNR to showcase their progress in attaining the SDGs. However, India missed a golden opportunity to demonstrate its seriousness in pursuing the SDGs. Nevertheless, Mr. Arvind Panagariya, Vice-Chairperson of NITI Aayog, who represented India as a lead discussant in one of the sessions of the VNR did comment that while growth is a very important component, “there is a clear interplay between national development objectives and the SDGs”. It may therefore be inferred that the SDG framework will hopefully be integrated in the development planning process in India.

Goal 14 for the oceans viz. “Conserve and sustainably use the oceans, seas and marine resources for sustainable development” has seven targets and three subtargets. Various aspects such as limiting marine pollution, protecting biodiversity, marine habitat and ecosystems, minimizing and addressing the impacts of ocean acidification, regulating fishing and restoring ocean health are covered under these targets. The targets are tracked using 10 indicators which were developed by the interagency and expert group (IAEG) on SDG indicatorsfor accurately measuring and monitoring the progress of various targets under the 17 SDGs. These set of indicatorsare an important component for reviewing the progress in achieving the SDGs at the global level and were adopted along with a global indicator framework by the 47th session of the United Nations Statistical Commission in March 2016 for closely monitoring the SDGs.

Preliminary reports by the UN on meeting the targets of goal 14 indicate that there have been mixed results. The first indicator for measuring target 14.4 (which aims to restore fish stocks for maximising their yield) is the level of biologically sustainable fishing. Fig. 1 shows the share of fish stocks within biologically sustainable level. This indicator declined from 90 per cent in 1974 to 69 per cent in 2013and the downward trend is clearly evident. 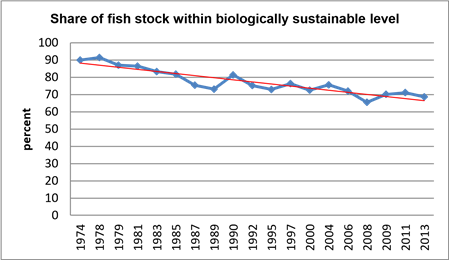 The second indicator measures the coverage of protected areas in relation to marine areas for different countries (target 14.5).It was heartening to note that the coverage of coastal and marine areas under protection has increased fourfold since 2000. In 2014, 8.4 per cent of the marine environment in the SEZ and 0.25 per cent of the marine environment beyond national jurisdiction were protected as against 1.9 per cent of the total area in 2000. In addition, the share of marine key biodiversity areas that were completely covered by protected areas increased from 15 per cent to 19 per cent from 2000 to 2016.

Measuring and monitoring the progress on SDG is vital and indicators play a very important role in this process, as what cannot be measured cannot be improved. In this context there are certain limitations for SDG 14.The global websitefor monitoring SDGs has data on only two out of the existing ten indicators for goal 14 which hints at the difficulty and lack of preparedness to measure and monitor the indicators.

The second issue is the appropriateness of the indicator for measuring the relevant target and the amiability of the selected indicator to measurement. A case in point is the measurement of pollutants in sea in pursuit of the target 14.1 viz. ‘significantly reducing marine pollution of all kinds’. The selected indicator is ‘Nitrogen use efficiency composite indicator’, a value which is complicated to compute as well as monitor.

The third aspect in the national context is the role and responsibility of different agencies in achieving the SDGs. Effectiveness and mechanisms of governance both at federal and state level are a major factor in the success of implementation of SDGs. In the specific case of India, the NitiAayog is the nodal governmental agency for coordinating SDG implementation. In addition, the Ministry of Statistics and Programme Implementation (MoSPI) is the coordinating agency for tracking and reporting of data. The ministry of earth sciences is the nodal ministry for goal 14 which is being implemented under the centrally sponsored scheme of ‘conservation of natural resources and ecosystems’. There are two related interventions: National plan for conservation of aquatic ecosystem and the ‘Sagarmala’ project. The department of animal husbandry, dairying and fisheries and the ministry of environment, forests and climate change are the other concerned agencies which are implementing this goal. However, it is still not clear,who will set up the monitoring stations and undertake collection, recording, processing and updation of data at the level of the states, near the respective coastlines and beyond the territorial waters.

The last issue is the additional effort, financial resources and human capital which have to be allocated out of the existing resources for monitoring the SDGs and associated efforts. The role of international organizations and cooperation amongst specialised ocean agencies is the key to overcoming these obstacles. All coastal states do not have adequate resourcesfor collecting data as well as the capacity to undertake oceanographic observations and data processing. Hence apart from financial assistance, technical as well as human assistance needs to be provided to various states.

Coordination, coherence and integration of effort is also essential.

While the 17 SDGs are indivisible and equally important, some of the SDGs such as goal 14 for oceans are bound to be neglected due to lack of perceived importance of the goal as compared to other relevant social and economic goals. This tendency needs to be guarded against and governments must involve the civil society, specialised agencies and technical institutions to leverage their expertise for the monitoring of SDGs. While the deadline of 2030 may be far, the impetus attained in the initial stages in pursuing and measuring these goals is vital for the success of the 2030 agenda for sustainable development. Therefore sustained and focused efforts are critical.

Commander (Dr.) Kapil Narula is a Research Fellow, National Maritime Foundation (NMF), New Delhi. The views expressed are his own and do not reflect the official policy or position of the NMF, the Indian Navy, or the Government of India. He can be reached at Kapilnarula@yahoo.com 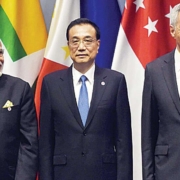 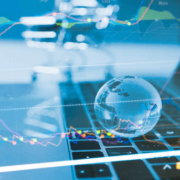 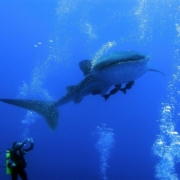