The contemporary Maritime discourse on India US relations is highly skewed towards strategic issues led by the recent signing of the Logistics Exchange Memorandum of Agreement (LEMOA), and two other similar agreements are under active consideration by the two sides. Also, several other bilateral maritime agreementsr elating to technical arrangement for sharing of information on merchant shipping, Maritime Security dialogue, agreement on India as a major defence partner, and defence technology and trade initiative (DTTI) have been  signed. In essence, strategic, Defense and Security ties form the ‘bedrock of the bilateral strategic partnership’ a fact both sides acknowledge.

While these have no doubt contributed to the robustness of India-US strategic partnership, several other Maritime and Marine issues are also resonating in the joint statements and bilateral discussions, and merit attention.In this context, the Joint Statement on the Second India-U.S. Strategic and Commercial Dialogue held in New Delhi in August 2016 makes specificreference to India-US marine cooperation on two specific issues; first, the ‘Our Ocean Conference’ in Washington D.C. on 15-16 September 2016, whose focus is on key ocean issues such as marine protected areas, sustainable fisheries, marine pollution, and climate-related impacts on the ocean; and second, the first IndiaU.S. Oceans Dialogue later this year.

These initiatives can potentially strengthen cooperation in Marine Science, ocean energy, managing and protecting ocean biodiversity, Marine Pollution, and sustainable use of ocean resources, which are the constituents of Blue Economy. Both countries have made serious note of the prospects for the development of Blue Economy at the national level and these finds reference in the respective agenda and action plans for the sustainable development of resources, mitigation of climate change and Environment and Ecological discourses, and job creation.

The US does not use the term Blue Economy; instead it makes distinction between coastal Economy and Ocean Economy. The coastal Economy is primarily an urban Economy and the thirty coastal states with population of 255.8 million (82% of the U.S.) employ over 107.3 million (82% of the U.S.)  and contribute nearly  US $13 trillion (83% of the U.S.) GDP. The ocean economy (2010) comprised over 2.7 million jobs and contributed over $258 billion (2.7%) to the GDP of the United States. The tourism and recreation sector was the largest sector by both employment and GDP. The US has set up the National Ocean Economics Program (NOEP), which measures key Economic indicators of the coastal and the ocean economy and the Ocean Economy Accounting System (OEAS).

India has also announced national initiatives and action plans to promote Blue Economy. The maiden Maritime India Summit 2016 in Mumbai witnessed investment commitments of nearly Rs 83,000 crore (US $13 billion) in the Shipping, Ports and allied sectors.  The Government plans to invest Rs 12 lakh crore over the next ten years to develop 27 industrial clusters, and to improve connectivity with ports through new rail and road projects. These are expected to create ‘immense employment opportunities’ in the ports, roads and shipping sectors over and above the 10 million potential jobs (four million direct and six million indirect jobs) over the next ten years under the Sagarmala project. The priority sectors for India’s Blue Economy ecosystem include shipping, ports, CFS/ICDs & SEZs, Road, Rail & Coastal connectivity, Shipbuilding, Investments, Advisory, Technology, Training and Leisure Including Cruise and Lighthouse Tourism.

There are at last four issues which can contribute to the India-US Maritime Cooperation. First, is sharing the expertise and knowledge for the development of Blue Economy. The Center for the Blue Economy at the Monterey Institute of International Studies undertakes three major activities i.e. research, education, and outreach. It is mandated to promote ocean and coastal sustainability by providing the best available information to empower governments, NGOs, businesses, and concerned citizens to make educated decisions about the Marine Environment.

Third, share expertise on select Blue Economy sectors such as Marine leisure and recreational industry, which is also one of the thrust areas in the national plan to develop Blue Economy. The tourism & recreation sector has nine industries and is by far the largest sector in the US and accounts for 94% of 2010 sector employment and 92% of the GDP. Similarly, the offshore-renewable energy (wind, tide, wave, solar) industries including desalination are priority areas for the Indian government. For instance, ‘The Pipe’ project is a good example of a sustainable infrastructure capable of generating 10,000 MWh annually which in turn produce 4.5 billion litres of drinking water for California.

Fourth, unlike the established industries that support the Blue Economy for which datasets can be generated, there are a number of non-market services which contribute to National Economy, need evaluation. These include the ocean and coastal assets such as coastal wetlands and estuaries that are referred to as carbon sinks contribute in tens of billions of dollars annually. The non-market value of these can rival the established ocean and coastal extractive and service industries and these will grow in the future as we obtain better understanding of the Marine Ecosystem Services.

Finally, Blue Economy opens new frontiers for bilateral cooperation between India and the United States and can contribute significantly to the Socio-Economic, technological, industrial, and Environment development of India, which supports the national commitment to the Sustainable Development Goals 2030 in which the Goal 14 relates to sustainable development of the Ocean Resources.

Dr Vijay Sakhuja is Director at National Maritime Foundation (NMF), New Delhi. The views expressed are his own and do not reflect the official policy or position of the NMF, the Indian Navy or the Government of India. He can be reached at  director.nmf@gmail.com . 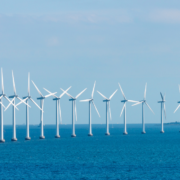 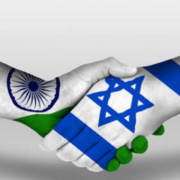 NEED FOR DEVELOPMENT OF ADAPTIVE GEOSTRATEGIES TO ADDRESS CLIMATE-CHANGE: AN INDIAN AND AN ISRAELI PERSPECTIVE 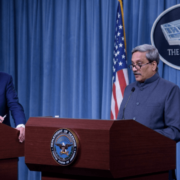 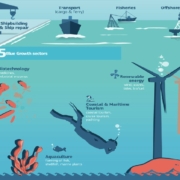 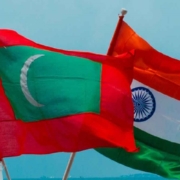 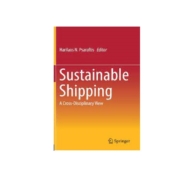