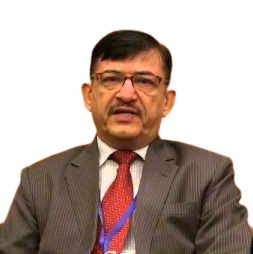 Dr Vijay Sakhuja is a former navy officer and served the Indian Navy for more than two and a half decades. He was Director (Research) at the Indian Council of World Affairs (ICWA), New Delhi from 2009-2014. He has also been on the research faculty of a number of think tanks: Visiting Senior Research Fellow, Institute of Southeast Asian Studies (ISEAS), Singapore (2006-2014); Senior Fellow at the Centre for Airpower Studies (CAPS); Observer Research Foundation (ORF); Research Fellow at the Institute for Defence Studies and Analyses (IDSA), and United Service Institution of India (USI), New Delhi.

Dr Vijay Sakhuja is author of Asian Maritime Power in the 21st Century: Strategic Transactions -China, India and Southeast Asia and Confidence Building from the Sea: An Indian Initiative. He is editor of India Vietnam Strategic Partnership: Exploring Vistas for Expanded Cooperation and Reinvigorating IOR-ARC. He has co-edited a number of volumes on India –ASEAN relations, Indo-Pacific, Myanmar, Vietnam, Poland, Russia and the European Union.

He is on the international editorial board of Journal of Indian Ocean Region and member of the Executive Council of the Centre for Ocean and Environmental Studies, New Delhi.

He lectures at various Indian and international universities and military colleges. 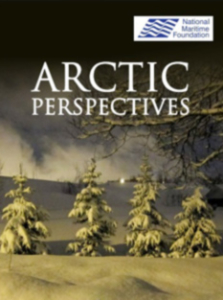 Image Credits: World Ocean Review
Author: China has invited sharp reactions from African countries over excessive and indiscriminate exploitation of sea-based resources. In December 2014, officials from 24 African countries expressed concerns over the poor state of the African fisheries industry (estimated to be US $24 billion) due to over-exploitation, poor supervision of fishery operations and ineffective law enforcement in the […]

Image Credit - International Register of Shipping
Author: The  International  Maritime  Organisation’s  (IMO)  initiatives  to  ensure  physical  safety and  security  of   maritime  infrastructure  have  proven  successful  and  a  number  of regulatory  mechanisms  are  in  place  to  ensure  safe  and  secure  commerce.  The  IMO  is now developing guidelines against cyber-attacks on the maritime infrastructure. At the 94th  session of the Maritime Safety Committee (MSC) […]

Image Credit- Politics Now
Author: A  humanitarian  crisis  in  the  Bay  of  Bengal  has  attracted  international  attention;  over 4,000  Rohingya  migrants,  also  referred  to  as  the  ‘boat  people’,  embarked  on   rickety vessels have been sighted or intercepted  by  the maritime  security  forces of  Indonesia, Malaysia, Myanmar and Thailand. Many more may still be at sea and their handlers are waiting […]