The quintessential truth underpinning this famous statement by the renowned eighteenth-century British poet, playwright, essayist, moralist, literary critic, biographer, editor, and lexicographer, Dr Samuel Johnson, transcends time with enviable ease.  It is particularly fitting in the run-up to the 25th of June of each year.  This is the day that the International Maritime Organisation (IMO) — the specialist body of the United Nations that concerns itself with maritime issues — had, a decade ago, declared to be the “Day of the Seafarer”.  It was established “by a resolution adopted by the Conference of Parties to the International Convention on Standards of Training, Certification and Watchkeeping for Seafarers (STCW), 1978, held in Manila, Philippines…”[1]  It is an undeniable fact that each one of us needs to recognise, acknowledge and praise “the invaluable contribution seafarers make to international trade and the world economy, often at great personal cost to themselves and their families.”[2]  Likewise, there is no doubt at all that this day must, indeed, be utilised “to pay tribute to the world’s 1.5 million seafarers for the unique and all-too-often overlooked contribution to the well-being of the general public”.[3]

However, even while this day has most deservingly been included in the annual list of United Nations Observances and is celebrated the world over, it appears that a certain degree of (probably unintended) selectivity has begun to be associated with the very word, “seafarer”.  Increasingly, one encounters an association of the word “seafarer” solely with the men and women that are engaged in mercantile seaborne trade.  This is unnecessarily (and perhaps even unfairly) limiting.  It would, indeed, be unfortunate, were we not to not provide the term “seafarer” with the requisite degree of inclusivity that it deserves.  The Cambridge English Dictionary defines a “seafarer” as “a person who travels by sea”.[4]  Likewise, the Collins English Dictionary states that the word (in its plural form) means “people who work on ships or people who travel regularly on the sea”.[5]  None of these definitions exclude any person or group of persons, so long as they are people who work on ships or people who travel regularly on the sea.  Consequently, the many brave men and women who regularly man seagoing ships that promote safety of life at sea and undertake search-and-rescue missions cannot be excluded from their status as seafarers.  Nor can those intrepid men and women who spend many months at sea aboard vessels engaged in scientific research or engineering-activities be excluded from being considered to be seafarers.

It is, of course, true (as already stated above) that the establishment “Day of the Seafarer” was, indeed, pioneered and steered by the IMO.  It is also true that the raison d’être of the IMO is “to provide machinery for cooperation among Governments in the field of governmental regulation and practices relating to technical matters of all kinds affecting shipping engaged in international trade…”.[6] [Emphasis added].  However, this is not the sole focus of the IMO.  Included in its core charter is its responsibility “to encourage and facilitate the general adoption of the highest practicable standards in matters concerning maritime safety, efficiency of navigation and prevention and control of marine pollution from ships”.[7]  This concomitant responsibility shows quite clearly that although IMO regulations do not apply to “warships, naval auxiliaries and other ships owned or operated by a Contracting Government and used only on government non-commercial service”,[8] the IMO’s attention is not limited to ships engaged in international trade alone, but is equally concentrated upon the safety and efficiency of vessels engaged in non-mercantile seaborne activities (such as scientific and technological research, exploration and applications thereof) and the crew of all such vessels — all of whom are most certainly “seafarers”.

Perhaps the IMO, while establishing the “Day of the Seafarer”, was unnecessarily self-limiting in focusing the world’s attention solely upon such seafarers as were engaged in keeping the wheels of international merchandise-trade humming.  Surely, we also need also to acknowledge the sterling efforts of other seafarers as well.  How can one possibly minimise the enormous contribution of private organisations of seafarers who are actively engaged in maritime search and rescue (SAR)?  In India, maritime SAR is coordinated by the Director General of the Indian Coast Guard, with SAR actions being sustained by seagoing assets of both, the Indian Navy and the Indian Coast Guard.  Both are honoured by commemorative days of their own.  However, in other areas of the world, SAR is also carried out by organisations other than navies and coast guards.  A case in point is the International Maritime Rescue Federation (IMRF), which is an “international non-governmental organisation (NGO) working to develop and improve maritime search and rescue (SAR) capacity around the world, improving maritime SAR capability worldwide…” and “…is the only maritime SAR NGO with consultative status at the United Nations’ International Maritime Organization (IMO)”. [9]

The annual international “Day of the Seafarer” offers us a chance to record our appreciation to them and their ilk, as well.  It allows us to place on record our pride in them and to acknowledge the debt of gratitude that we owe to them for keeping our ships and their crews safe, and our economies functioning, thereby ensuring our individual, collective and societal wellbeing.  In the present troubled times, with the world afflicted by the COVID-19 pandemic, the role and the value of the seafarer is even more starkly evident than it is in more ‘normal’ periods.

This year, the IMO has put out an especially emotive exhortation to the world to honour its seafarers, who are in the vanguard of the global battle against the ravages of the COVID-19 pandemic.  One must not forget that these brave seafarers are themselves susceptible to the adverse impacts of the ongoing pandemic.  Even as they struggle to maintain the vital flow of merchandise goods, including much-needed medical supplies that are essential for the battle against this pandemic to be sustained, these intrepid men and women face especially-difficult working conditions.  These include uncertainties and difficulties relating to port-access, re-supply, crew-changeovers and repatriation, over and above the pandemic-related hazards to their own health, both while the ships in which they sail are in ports and harbours, as well as when they are at sea without access to the extensive shore-based medical facilities that landsmen can avail-of.  The 2020 “Day of the Seafarer campaign calls on Member States to recognize seafarers as key workers – and to provide them with the support, assistance and travel options open to all key workers during the pandemic.” [10]

It is entirely fitting that the theme of this year’s commemoration — which marks the tenth anniversary of the establishment of the “Day of the Seafarer” — is: “Seafarers are Key Workers: Essential to Shipping, Essential to the World”.

Through this article, which is a small effort to publicise and highlight the tremendous work that seafarers do, often in harsh and dangerous conditions caused by capricious weather and in the face of a variety of forms of maritime crime, the National Maritime Foundation (NMF), pays tribute to the men and women who spend protracted periods of time at sea, and acknowledges both, their commitment and the sacrifice that is inherent to such a commitment.  In so doing, the NMF echoes not just the sentiments of all its members, but also those of all ranks and echelons of the Indian Navy, the Indian Coast Guard, and, indeed, the Indian nation at large.

*Vice Admiral Pradeep Chauhan, AVSM & Bar, VSM, IN (Retd), is the current Director-General of the National maritime Foundation.  He is a prolific writer and a globally renowned strategic analyst who specialises in maritime affairs and issues. He can be contacted at directorgeneral.nmfindia@gmail.com 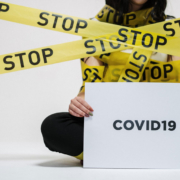 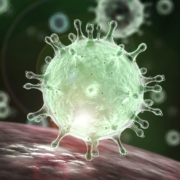 IMPACT OF COVID-19 AND OTHER VIRAL OUTBREAKS ON BOARD SHIPS 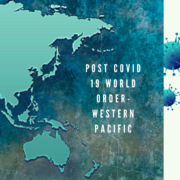 IS COVID-19 LIKELY TO CHANGE THE SECURITY ORDER OF THE WESTERN PACIFIC IRREVOCABLY? 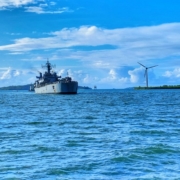 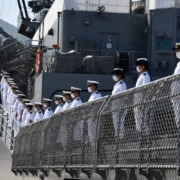 Credits: Japan Maritime Self-Defense Force JAPAN AND THE JMSDF AMID THE COVID-19 PANDEMIC 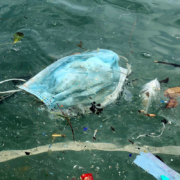 COVID 19 AND INDIA: THE CHALLENGE OF MARINE DEBRIS
0 replies

INTERNATIONAL DAY OF THE SEAFARER Scroll to top