You are here: Home / Articles / QUADRILATERAL SECURITY DIALOGUE (QSD) AND ITS RELEVANCE FOR INDIA 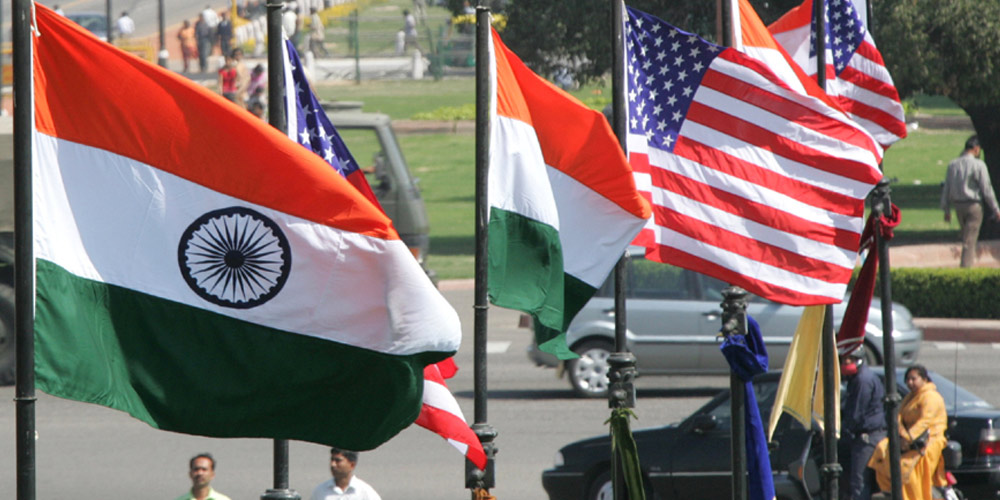 Quadrilateral Security Dialogue (QSD) and its Relevance for India

Last week, the Commander of the US Indo-Pacific Command, Admiral Phil Davidson, stated in Singapore that the Quadrilateral Security Dialogue (QSD or  ‘Quad’) comprising the US, Japan, Australia and India may be shelved for now. The reason given was the lack of support from  other members, especially India. Davidson stated this  when he met the Indian Navy Chief Admiral Sunil  Lanba  at  the  Raisina  Dialogue  held  in  New  Delhi  in  January  2019  along  with  other members of the Quad. Admiral Lanba had conveyed that “there wasn’t an immediate potential” for a Quad as it was touted as a forum against China.

In fact, the Quad is largely a partnership of secondary powers from the Indo-Pacific such as India, Japan and Australia along with the US, as the prevailing superpower, to deal with the emerging challenges, especially to deny one country a dominating position in the region. It was mooted  by  Japan  in  2017  to  bring  likeminded  countries  of  the  region  to  come  together  and discuss security issues, and it was then the third time that the Japanese Prime Minister, Shinzo Abe,  had  proposed  the  scope  for  a  multilateral     security  mechanism  in  Asia.  All  other multilateral fora such as ASEAN Regional Forum (ARF) and the East Asia Summit (EAS)  in the region  are  known  for  being  talk-shops  following  inclusive  and  consensual  decision-making processes, with all having equal say. Hence, hard security matters are conspicuously absent in these deliberations or are subtly mentioned. The Quad, on the other hand, is a small grouping of militarily powerful states from the region whose security will be more affected if one country becomes the hegemon in Asia.

The security situation in the Indo-Pacific region is dramatically changing. On the one hand, the United States is no longer an invisible power in the region. On the other, China under

Xi Jinping is on the verge of abandoning the Deng Xiaoping’s dictum of ‘hide your strength, bide your time’ and is becoming more assertive in its foreign policy. In fact, Asian security has for long been secured through a hub and spoke security framework under the US leadership. Accordingly, the US took responsibility of guaranteeing the security of member states. That role conception is now changing in the new US security strategy. President Trump ha, since the outset, been demanding that the partners and allies contribute more for their own security, instead of relying on the US. China used this perceptional conflict as an opportunity to undermine the US influence in the region. As a result, the security situation in the Indo-Pacific remains fluid with the regional actors having to increasingly confront a Chinese-led order in the making.

India and the Quad

Ever since Japan has identified India as prominent power in Asia, India has been included in all regional security initiatives launched by Japan. Though India has knocked at the door of the Asia-Pacific Economic Cooperation (APEC) number of times, this has remained a futile effort. Today, other major powers, both regional well as extra regional countries, have recognized India’s position in the emerging security architecture of the Indo-Pacific. At the same time, sustenance of this recognition is dependent on its cooperation in upholding freedom of navigation along with other partners, in spite of being a resident power in the Indian Ocean region. And for that, India needs to build strong partnership with both major powers across the region. No single country can ensure maritime security alone.

When all the Quad members joined in a Malabar naval exercise in 2007, China sent a demarche to them asking the rationale behind the unprecedented naval exercise. Subsequently, Japan  mooted  Security  Diamond  in  2012  but  had  no  takers.  Though  India  was  initially enthusiastic  about  the  Quad,  its  approach  is  now  lukewarm,  especially  after  Prime  Minister Narendra Modi’s meeting with the et Chinese President at Wuhan. Since then, the Wuhan spirit’ has become the guiding principle for India’s relationship with China. However, India cannot ignore the power politics emerging in the Indo-Pacific as a result of China’s assertiveness.

Indeed, the Quad is a middle-ground between the consensus-based regional multilateralism and a NATO type security alliance. Inherently, Asian countries are averse to a European-model security mechanism where regional countries fought and ruined, instead prefer economic prosperity to competing alliances. They are interested in soft balancing in which like-minded countries engage through summit as well as official-level talks, joint

exercises, sharing naval facilities for mutual benefits and regular interactions at multilateral forums. This soft-balancing approach can be converted into a hard balancing as and when a rising power challenges the status quo and seeks its dominance in the region. In that sense, the combined military strength of the Quad is ideal means to deter the revisionist tendencies of the rising power. In fact, informal consultative mechanism, not meant to take the form of a quasi- alliance, and is therefore, in India’s interest.

Lack of interest by member countries, especially India, may affect strengthening of the Quad but balancing China will remain a major security aspects in the Indo-Pacific in future. And, US will always look for such balancing tactics against China with the support of its allies and partners. The old power UK is now keen to set up a naval base in Southeast Asia, though reluctant to hand over the Chagos island part of the American naval base in Diego Garcia to Mauritius in spite of the International Court of Justice verdict against its control over the islands. If India cannot take its responsibility prudently, then the regional security dynamics might revert to the Cold War type politics in which China and the US will be poised towards competitive power politics with India having to listlessly watch from the sidelines. Participation in the Quad at the highest level is, hence, central to retaining India’s pe-eminence in the Indo- Pacific.

*Joshy M. Paul is an Assistant Professor and Coordinator, Maritime Security Study Cell, Department of International Studies and History, CHRIST (Deemed to be University), Bengaluru. He can be reached at joshy.paul@christuniversity.in