You are here: Home / Articles / ‘INDO-PACIFIC’ WAS ALWAYS ABOUT CHINA? YES, BUT LET’S NOT CROSS THE ‘RED ... 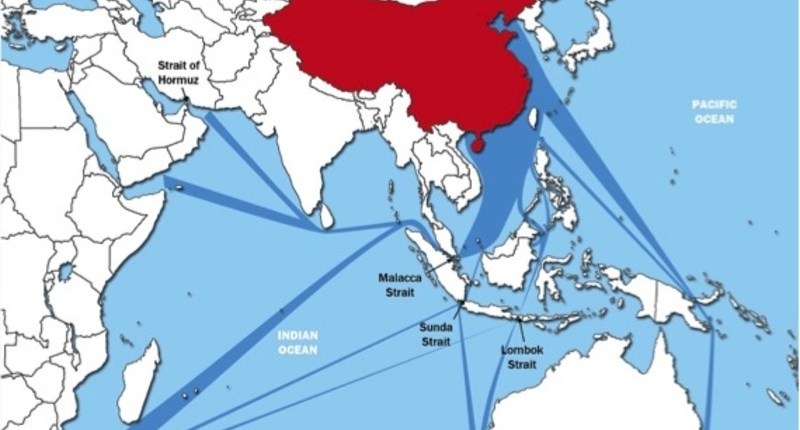 ‘INDO-PACIFIC’ WAS ALWAYS ABOUT CHINA?
YES, BUT LET’S NOT CROSS THE ‘RED LINE’

Beginning 5 November 2017, the US President Donald Trump undertook his much-publicised 12-day tour of Asia, visiting five countries: Japan, South Korea, China, Vietnam and the Philippines. During the tour, his ‘catch-phrase’ was the “Indo-Pacific”, reflecting his geopolitical worldview of Asia, and the latest in a long history of diplomatic slogans from American presidents. This was a notable departure from the traditional Western expression of ‘Asia-Pacific’, which led the media, analystsand policy-makers worldwide scrambling, trying to delve deeper into the intent and ramifications of this new “alliance” articulated by the leader of the most powerful nation on Earth.

The ‘Indo-Pacific’ concept, which combines the Indian Ocean Region (IOR) with the Western Pacific region into a single geopolitical construct, is known to have gathered widespread acceptance in wake of my January 2007 paperon India-Japan maritime cooperation, and the ensuing address by Japan’s Prime Minister Shinzo Abe, to the Indian Parliament, a few months later, in August 2007. In his address, the Japanese leader endorsed the idea of ‘Indo-Pacific’ through his articulation of the “Confluence of the Two Seas(the Indian and Pacific oceans)”.

President Trump’s repeated use of the term ‘Indo-Pacific’ during his Asia tour led the Washington Postto seek my view on the issue. My opinion piecepublished in The World Post (Washington Post, 14 November) expressed my concern on the original ‘Indo-Pacific’ idea having drifted away from the original ‘constructive’ India-Japan proposition of a geopolitical amalgamation of the Indo-Pacific towards regional stability. The essay highlighted President Trump’s implicit intent to seek India’s partnership in containing China, thereby dividing the region into opposing camps.

As expected, the issue of ‘Indo-Pacific’ has lately generated widespread discussion, debate and a number of contrarian views. An Indian analyst, Abhijit Singh, expressed a view that the ‘Indo-Pacific’ construct was always about “containing the rise of China”. Writing for the South China Morning Post, he says that “Maritime Asia still struggles under the yoke of Chinese expansionism, with a permanent Chinese presence in the Indian Ocean and the South China Sea”; and therefore, “the use of the term (Indo-Pacific) to describe an emerging India-Japan-US-Australia alliance as a balance against Beijing is not a distortion of the term’s original meaning; it is the fulfilment of it”.

While many such shades of views and counter-views exist to enrich the views of global strategic community, it is necessary to take stock of the original concept of ‘Indo-Pacific’ — as conceived in 2007 — in context of the prevailing geopolitical environment in Asia. It is true that the ‘Indo-Pacific’ concept has always been about China. However, there lies a nuanced —albeit important —difference between the original conceptualisation and the current vision of President Trump.

By the mid-2000s, both India and Japan were beginning to get overly worried of China’s so-called “peaceful rise”. In the anxious environment of those days, for the Japanese, the ‘Indo-Pacific’ was largely a notion of assurance from India as an emerging power in the wider Asian region. For India too, it was an opportunity to join up with Japan, so as to share their respective assessments of the emerging environment and their respective visions for the region. This came about after several futile efforts by New Delhi at ‘persuasion’ of Beijing to adopt a conciliatory approach; following which, India was compelled to scale up its outreach in order to Japan to moderate China’s behaviour through ‘dissuasion’.

In contrast, President Trump’s re-interpretation of the ‘Indo-Pacific’ construct amounts to partnering with India to create a China-specific alliance of sorts. Its temporal coincidence with the revival of the Australia-India-Japan-US ‘quadrilateral’further enhances the risks of the proposition. This will severely constrict the strategic options of the regional countries —including those in the ‘quadrilateral — who would now need to make difficult choices. As Australia’s former Prime Minister Kevin Rudd puts it, this will lead to “brittle, (and) binary strategic choices” being thrust upon these countries. If this happens, the ensuing regional environment would be reminiscent of the fissures in Europe preceding the two World Wars that created a geopolitical environment ripe for conflict.

Notably, the ‘Indo-Pacific’ concept was first discussed in India (some time in 2006), and its coinage had much to with the increased eminence of India with the turn of the 21st Century. However, in this conceptualisation of the Indo-Pacific, the term ‘Indo-’ did not stand for ‘India’, but was a collective noun representing the countries littoral to the Indian Ocean. This proposition continues to be valid today.

The growing traction of the ‘Indo-Pacific’ idea holds much value for the countries of both, the IOR and the Western Pacific. The leaders of these countries would need to review and articulate their own visions for the region. Given that the ‘Indo-Pacific’ represents the ‘maritime underbelly’ of Asia as the fastest growing continent, the increasing currency of the concept is indicative of the growing imperative for regional countries to develop their sea power, and develop constructive and collaborative maritime interfaces amongst themselves, rather than focussing merely upon achieving a favourable balance of power with military-strategic connotations.