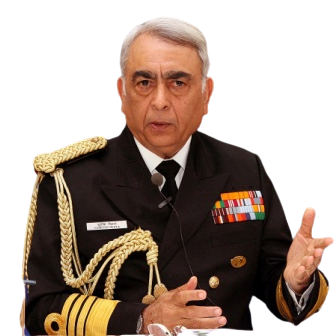 After joining the Naval forces, he held various appointments, including the Deputy Chief of Naval Staff, Director General Coast Guard, Chief of Personnel, Controller of Personnel Services, Assistant Chief of Personnel (Human Resources Development) and Assistant Controller Carrier Projects. He has also commanded the frigate INS Beas, INS Godavari and one of the premier naval air stations of the Indian Navy, INS Garuda. During his tenure as the Assistant Controller of Warship Production and Acquisition and Assistant Controller Carrier Projects, Admiral Mehta was the man behind the commencement of a host of important ships and aircraft acquisition programs. Working as the Director General Coast Guard, he established links with the maritime neighbouring countries of India. He has also led the Coast Guard operations towards adopting a pro-active approach in dealing with piracy in Indian and neighboring waters.

Prior to taking charge of the Chief of the Naval Staff, Admiral Sureesh Mehta served the Eastern Naval Command of the Indian Navy from 30th September 2005 to 31st October 2006. It was during this period the Command hosted the first-ever President’s Fleet Review. For his exceptional services to the country, this philanthropist was honored with the ‘Ati Vishist Seva’ medal in 1995 and ‘Param Vishist Seva’ medal in 2005.

On 18 January 2012, Admiral Sureesh Mehta (Retd) took over as the third Chairman of the National Maritime Foundation (NMF), New Delhi, and held the post till 30 October 2014. The Foundation has benefited immensely from his vast experience.