You are here: Home / Articles / THE KARACHI ATTACK: LOOKING BENEATH THE SURFACE 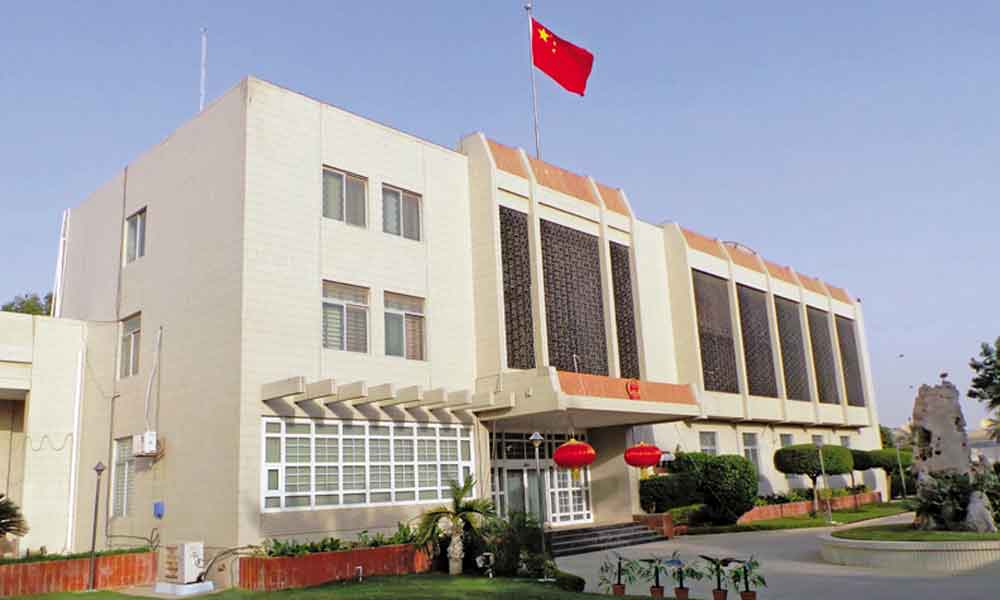 The Karachi Attack: Looking Beneath the Surface

The attack on the Chinese consulate in Karachi on 23rd November 2018 that left seven dead and several injured. It was an incident that sent shockwaves through the South Asian region. Perpetrated by the Balochistan Republican Army (BLA), a militant separatist group demanding a separate Baloch state, this was by far one of the most audacious attacks in recent times and was intended to increase the visibility of the Baloch cause on the global stage. However, it also exposes a contradiction in the narrative of the China-Pakistan Economic Corridor (CPEC) being a secure and sustainable joint endeavour of the two states. It demonstrates the failure of Pakistan’s military approach towards the Balochistan problem. This attack has a significance that goes beyond such manifestation of the problem.

The target was chosen to be of high symbolic value, and the attack amply showcased the militant organisation’s strength and capabilities. It took place in one of the upscale localities of Karachi – the heart of financial and commercial activity in Pakistan. The BLA has always been vocal in its critique of the CPEC, since it sees the project as an excuse to marginalise the Baloch people on their own land, while plundering their resources. The earlier attacks by this group have also been aimed at derailing the progress of CPEC including the attack on Chinese workers in Balochistan in August 2018. Attacking the Chinese embassy further reinforces this stance, and can be seen as an attempt to weaken Pakistan’s relations with its close ally, China.

Statements by Chinese officials calling the bilateral relationship “higher than (the) mountains and deeper than (the) sea,” and transcending mere talks, have been aimed at demonstrating that the China-Pakistan alliance remains strong. But these can be seen as attempts to paper over deep cracks that both China and Pakistan are refusing to acknowledge. This approach has only led to a worsening of the problem as it festers under the veneer of normalcy.

CPEC, a large part of which passes through Balochistan, and the Gwadar port is of immense geo-strategic importance for China. CPEC will provide it direct access to the Indian Ocean, and connect its western provinces to Gwadar Port. However, this plan may not be as successful and sustainable as the two states claim it to be. The constant security threats posed by Baloch militant groups is slowing down the pace of the work significantly. In addition, Pakistan’s external debt of over US$ 91 billion and an estimated government debt to GDP ratio of 72.8 per cent adds to the crisis. Funds for various projects under CPEC have been slashed, while others have been delayed until funds become available. Furthermore,  the Pakistani Railways police has stated that “completion of CPEC projects is contingent upon recruitment of 5,000 policemen”, which underlines the extent of insecurities involving the CPEC. This approach of relying heavily upon the military, paramilitary and police forces to guard infrastructure projects is not only costly, but also impractical.

A large part of the problems facing CPEC stem from the grievances of the Baloch. Their feelings of alienation from the Punjabi-dominated federal government have led them to oppose the development projects in Balochistan for fear of being marginalised. Some of these groups have chosen to adopt violent tactics, and the attack on the Chinese Consulate indicates that a strategy involving military repression is unlikely to succeed. Past attempts at military suppression of movements between 1973 and 1978, and the increased presence of military and paramilitary units since 2004 have failed to end the violence. Violent separatist groups have managed to successfully regroup each time by temporarily fleeing Pakistan using cross-border networks that spill into Iran’s Sistan-Baluchestan province and southern Afghanistan. Some militant groups, with connections to Baloch groups in Iran, remain active today and continue to bog down the Pakistani forces in Balochistan. Meanwhile, the issues of economic disparity, under-representation in the federal structure, sharing of revenues from natural resources and dismal human development indicators persist.

This attack calls for a re-evaluation of Pakistan’s Balochistan-Policy and the Chinese role. Instead of trying to suppress the symptoms that manifest as armed attacks on civilians and on CPEC infrastructure, the Pakistani state should focus on addressing the legitimate grievances of the Baloch. Adopting an inclusive development strategy that does not rely on denying resources to Balochistan for the benefit of Punjab and Sind would go a long way in restoring the confidence of the Baloch people in the Pakistani state. China is ideally placed to help, though its approach is unclear. Being Pakistan’s major economic partner and having a high stake in ensuring the timely completion of CPEC, it stands to gain substantially from a lasting peace in Balochistan. The temporary suspension of funding by China for road projects which are a part of CPEC shows its dissatisfaction with the state of affairs. Despite the attempts by China to ensure positive press for the projects, the frequent attacks on Chinese citizens have become a clear cause for concern.

Although India has generally chosen to stay away from the conflict in Balochistan, with very few official statements on the matter, as a stakeholder in the region, India too benefits from a lasting peace there. It has committed to invest nearly $8 billion in the port and industries at Chabahar located in Iran’s Sistan and Baluchestan province. Since the interconnections between Baloch groups in Iran and Pakistan are increasing, a conflagration in Pakistan would spill-over into Iran and Afghanistan, threatening India’s investments.

Given the complicated relations between China, India, Pakistan and Iran, the Balochistan issue – that has the potential to impact all these players – is of high import. As investment pours into this region, the stakes are rising, and ignoring the root causes of Baloch dissatisfaction will not be constructive. Betting on the military solution to the Baloch unrest and hoping for a reconciliation may be an invitation to the failures of the past to repeat themselves.

*Maitreyee Shilpa Kishor is a Junior Research Fellow at the National Maritime Foundation, New Delhi. The views expressed are her own, and do not reflect the official policy or the NMF. She can be reached at maitreyee27.sk@gmail.com

INDIA AND PROTECTION OF ITS OVERSEAS NATIONALS Scroll to top