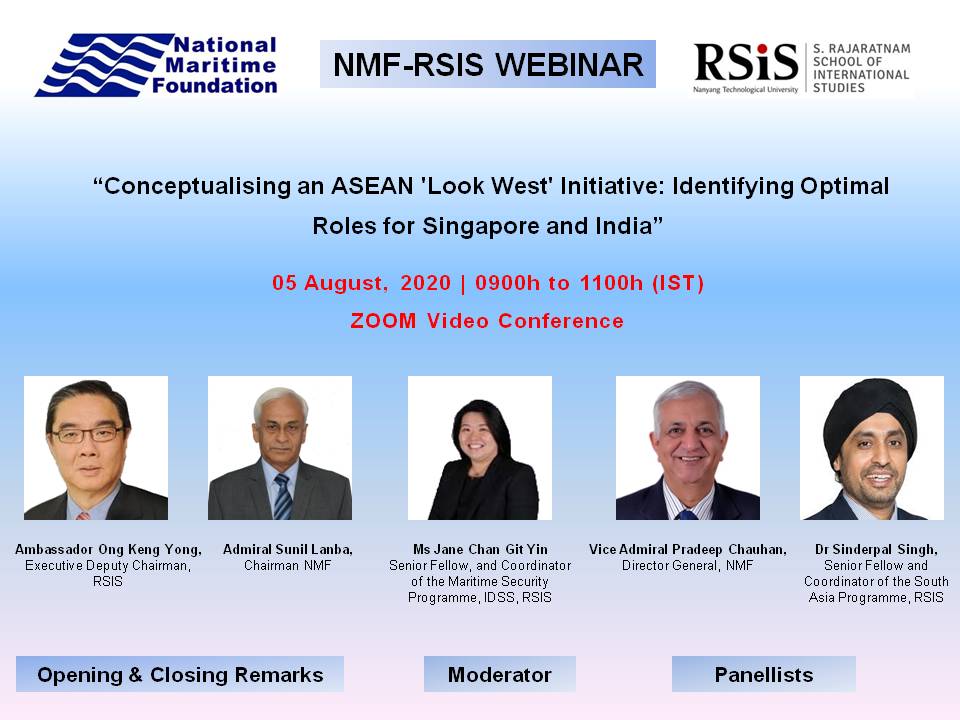 The NMF is justifiably proud of the enhanced depth and policy-relevance of its partnership with the RSIS, which has grown by leaps and bounds over the past decade-plus.  Even as the two institutions commemorated the tenth anniversary of their bilateral engagement last year (2019), they jointly decided to focus upon the manner in which the two segments of the largely-maritime expanse of the Indo-Pacific, namely, the Indian Ocean segment and the western Pacific one, could be optimally stitched together.  It was recognised that the concept itself needed to be founded upon an internationally-accepted rules-based order that was arrived-at through a consensual process.   Fittingly, therefore, the 10th bilateral engagement of these two iconic institutions, which was held at Singapore on the 11th and 12th of April 2019, revolved about the   theme, “The Indian Ocean and Southeast Asia: Promoting a Rules-Based Order in the Maritime Commons”.

Due to COVID-induced restrictions on international travel, the 11th round of the annual bilateral engagement, which was to have been hosted by the NMF, has had to be put on hold.  However, for the interim period, it has been decided to continue our interaction online. Hence, a webinar, in the format of an online ‘brainstorming-session’, has been planned on Wednesday, 05 August 2020, which would explore the contours of what a possible ASEAN-driven “Look West Initiative” might look like and the role that India and Singapore could play in supporting such an initiative.