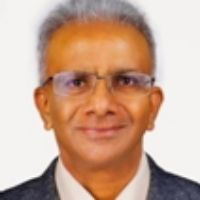 Dr. Rao Tatavarti possesses an outstanding academic and research career, built on the firm foundation of education and training in both Sciences and Engineering, at some of the best institutes in the world.

Dr. Tatavarti had his first Masters in Marine Sciences with Physical Oceanography as specialization from Andhra University, where he secured the university first rank. Later he joined IIT Madras and secured a Masters in Ocean Engineering, before moving to Canada to work for his PhD. After completing his doctoral research in Canada, Dr. Tatavarti was invited to join the Defence Research and Development Organisation in India where he had the opportunity to work on path breaking, but highly classified work related to naval surveillance. After a long stint at the Naval Physical & Oceanographic Laboratory in Kochi as a Senior Scientist, Dr. Tatavarti opted for voluntary retirement when he was the Director Grade Scientist to move to academia as a Senior Professor and Director (Research & Development) at VIT University, Vellore. From Vellore, Prof. Tatavarti moved to Visakhapatnam where he was a Senior Professor and the Director (Research and Consultancy) at Gayatri Vidya Parishad academic institutions in Visakhapatnam.

He was appointed as the Regional Director of the National Maritime Foundation from 01 Feb 2013 to 31 Jan 2015.