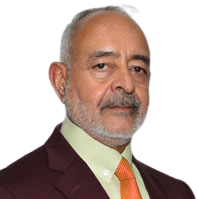 He is an alumni of Naval War College (USA), College of Naval Warfare (Mumbai) and National Defence College (New Delhi). He has also been the Senior Instructor (NAVY) at Defence Services Staff College (Wellington).

Admiral Joshi has served in a variety of command, staff and instructional appointments. His commands at sea include guided missile corvette INS Kuthar, guided missile destroyer INS Ranvir and the aircraft carrier INS Viraat, during which he was awarded Nausena Medal, Vishist Seva Medal and Yudh Seva Medal respectively. Admiral Joshi was also the Defence Advisor in the Indian High Commission at Singapore from 1996 to 1999, with concurrent accreditation to the Philippines. After his elevation to Flag rank, Admiral Joshi commanded the Eastern Fleet, wherein he was awarded Ati Vishisht Seva Medal (AVSM). He has also served in the Integrated Headquarters, as head of all the nodal branches. He served in the Personnel Branch as the Assistant Chief of Personnel (Human Resource Development), and Warship Production and Acquisition as the Assistant Controller of the Aircraft Carrier Programme (ACACP), and thereafter in the Operations Branch both as Assistant Chief of Naval Staff (Information Warfare and Operations) and as the Deputy Chief of Naval Staff.

Before taking over as the Flag Officer Commanding-in-Chief Western Naval Command in 2011, he was the Commander-in-Chief of the Andaman and Nicobar Command, the only tri-service integrated command. He was awarded the Param Vishisht Seva Medal during this time. Later, he served as the Chief of Integrated Defence Staff to Chairman, Chiefs of Staff Committee (CISC).

Admiral Joshi voluntarily retired on 26 February 2014 having completed less than half of his tenure as CNS.

On 31 Oct,14, Admiral DK Joshi (Retd) took over as the fourth Chairman of the National Maritime Foundation (NMF), New Delhi, and served the office till 24 November 2016. The Foundation has benefited immensely from his vast experience. On 08 October 2017, he assumed the appointment of Lt Governor of Andaman and Nicobar Islands. He has also been designated as Vice Chairman, Islands Development Agency, for which orders were issued in June, 2017.