You are here: Home / Distributed Lethality and the Continued Relevance of Aircraft Carriers

Distributed Lethality and the Continued Relevance of Aircraft Carriers 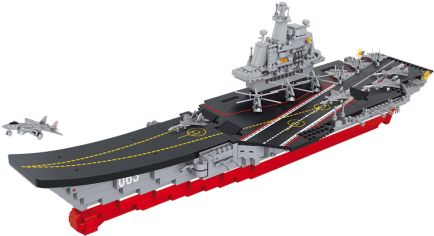 This Session of the Indo-Pacific Regional Dialogue will deliberate the critically important subject of “Distributed Lethality and the Continued Relevance of Aircraft Carriers”. Our five panellists have been drawn from countries that have been in the forefront of the debate on this subject, namely:

Our own Vice Chief of the Naval Staff, Vice Admiral G Ashok Kumar, AVSM, VSM, IN, would moderate the discussions.

What we have asked each panellist of this session to do is to:

(a) Cogently present the concept of ‘distributed-lethality’ as one that is platform-agnostic, rather than being an ‘either-or’ option vis-à-vis aircraft carriers;

(b) Dilate upon the continued relevance of the aircraft carrier — especially as an integral component of a CSG/CBG rather than being considered as merely a single ship/platform;

(c) Offer his/her views on the contemporary threats faced by a CSG/CBG — particularly in terms of enhanced battlefield-transparency through the deployment of a multitude of military and civilian nano-satellites in Low Earth Orbit, the advent of glide-bombs and hypersonic missiles, and, the purported-development by China of land-based and ship/submarine-launched DF-26 ballistic-missiles specifically designed as ‘carrier-killers’ — and opine whether these threats are so radically different from earlier ones as to make a CSG/CBG an unviable battle-formation;

(d) Provide his/her own perspective of the rationale (in the face of these much-trumpeted threats) underpinning the USN’s continuing Aircraft Carrier building programme, as also the initiation/re-initiation of aircraft carrier building programme programmes not only by traditional carrier-navies such as those of the UK, France, and Russia, but also by countries such as the Republic of Korea and Japan.