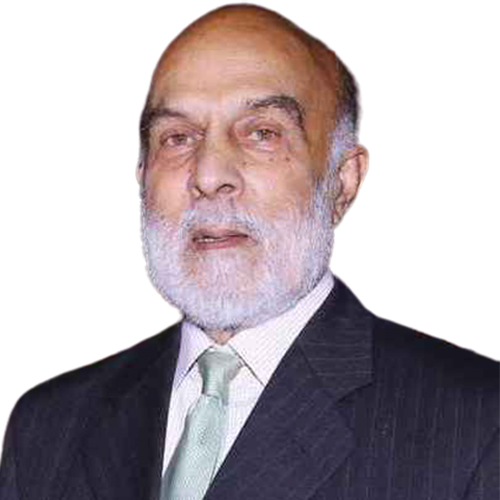 Rear Admiral K Raja Menon (Retd) was a career officer and a submarine specialist in the Navy. He commanded seven ships and submarines. He retired in 1994 as the Assistant Chief of Naval Staff (Operations). He has participated in military CBM talk with neighbouring countries and was in the first military delegation to Pakistan. After retiring he authored three books, first, ‘Maritime Strategy and Continental Wars’, which is a standard text in the Navy and led to extensive consultant work with the Integrated Staff and Naval Headquarters.

His second book ‘A Nuclear Strategy for India’ has been well received in India and abroad. His third book ‘The Indian Navy: A Photo Essay’ is the official gift of the Navy. An edited book ‘Weapons of Mass Destruction: Options for India’ has been released by Sage India. An Occasional Paper of his entitled “The US-India Non-Proliferation Divide”; the Way Ahead was published in the USA by Cooperative Monitoring Center, Sandia in 2005.

Admiral Menon was a member of the Arun Singh Committee to restructure the national defence set up in India, and a member of the National Defence University Committee. He is a visiting lecturer at all institutes of higher study of the Indian armed forces and organized the first Nuclear Management Course for Indian Service officers. He headed the DRDO funded study on Pakistani ballistic missiles and their effect on Indian national security. He headed the Naval Headquarters group that recently wrote the Indian Navy’s New Maritime Strategy. He is currently the Chairman of the Task Force on Net Assessment and Simulation in the national Security Council. He writes occasionally for the Outlook and the Indian Express.