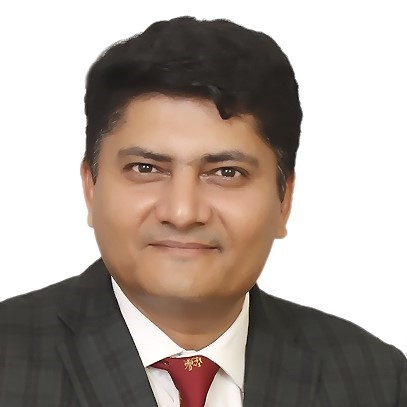 An Alumni of the National Defence Academy, Khadakvasla Pune, commissioned into the Indian Navy in 1993. Specialised in the Aviation branch getting coveted golden wings at AFA Dundigal . Subsequently converted as a Helicopter Pilot and has flown the Chetak (Alouette) and Kamov 25 Helicopters with 1400 + hours of combat flying. Has Commanded a Patrol Ship as well as a Command tenure as Executive Officer of a Capital Warship. He also served as the Deputy Director of National Maritime Foundation, India’s first maritime think-tank for conducting independent and policy-relevant research on ‘matters maritime`.

After 23 years of service, took Pre-mature retirement in 2016. Thereafter had short stint in the corporate as Success Strategist for a global education MNC. In Dec 2018 he Joined International Committee of the Red Cross Regional delegation Delhi in as Armed Forces Program Adviser (Navy), responsible for planning and execution of dissemination of IHL programs/ courses/ seminars for the officers of Navy, Coast guard, Airforce, UN peacekeepers and Defence Think Tanks as well as advise on ICRC Strategic Affairs in the region.

As a Faculty at ICRC, he has conducted several Humanitarian Law and Maritime security Operations Courses for Indian armed forces, Indian Coast Guard and Central Armed Police Force. He has also undertaken several foreign missions for conducting ICRC courses and Symposiums for International Armed Forces personnel in the region.