You are here: Home / The Foundation / Admiral Karambir Singh PVSM, AVSM, IN (Retd) 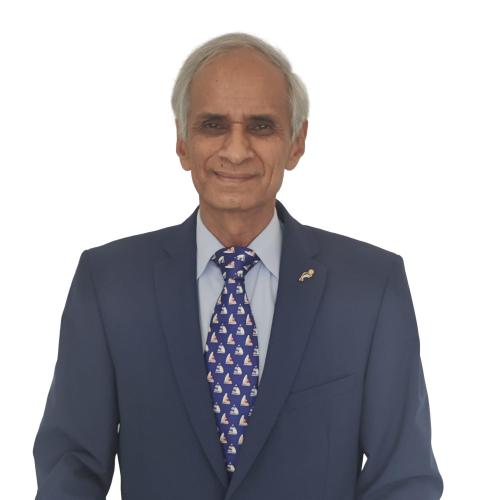 An alumnus of the National Defence Academy, Khadakwasla, the Defence Services Staff College, Wellington, and the College of Naval Warfare, Mumbai, the Admiral was commissioned into the Indian Navy in July of 1980. A Naval aviator, he earned his wings in 1981 as a helicopter pilot and has flown extensively on the Chetak (Alouette Mk III) and several variants of Kamov helicopters. Over the four decades of service under the Indian Navy’s White Ensign, he has commanded the Indian Coast Guard Ship Chandbibi, the guided-missile corvette INS Vijaydurg, and two of the Indian Navy’s frontline guided-missile destroyers, namely, INS Rana and INS Delhi. He has also tenanted the seagoing appointments, including those of Fleet Operations Officer of the Western Fleet. He has served in the Directorate of Naval Air Staff at the Integrated Headquarters of the Ministry of Defence (Navy), and has been Captain (Air) and Officer-in-Charge of the Naval Air Station at Mumbai.

On promotion to the flag rank, the Admiral has served as the Chief of Staff of the Eastern Naval Command. He has also tenanted other critical flag-appointments, including those of Chief of Staff of the Tri-Services Unified Command in the Andaman and Nicobar Islands, and the Flag Officer Commanding Maharashtra and Gujarat Naval Area (FOMAG).

As a Vice-Admiral, he was the Director-General, Project Seabird, and oversaw all aspects of the development of the Indian Navy’s expansive and modern base at Karwar in India’s southern state of Karnataka. Appointed thereafter as the Deputy Chief of Naval Staff, he discharged his responsibilities towards the Indian Navy’s current and future operational and combat capacity and capabilities. He then served as the Vice Chief of Naval Staff, involved with the development of the “future Navy”. He has a rich store of senior command experience and has been the Flag Officer Commanding-in-Chief, Eastern Naval Command, with his headquarters at the port-city of Visakhapatnam. He assumed Command of the Indian Navy on 31 May 2019, serving until his retirement from active service on 30 November 2021.