Director General Krishnaswamy Natarajan, President’s Tatrakshak Medal, Tatrakshak Medal, joined the Indian Coast Guard on 18 Jan 1984. He was born on 30 Dec 1961 and did his education in Chennai. The Officer holds a Masters’ Degree in Defence & Strategic Studies from Madras University. The Flag Officer is an alumnus of the Defence Services Staff College, Wellington. He has specialized in Search and Rescue as well as Maritime Safety and Port Operations, at the US Coast Guard Reserve Training Centre, Yorktown, Virginia. 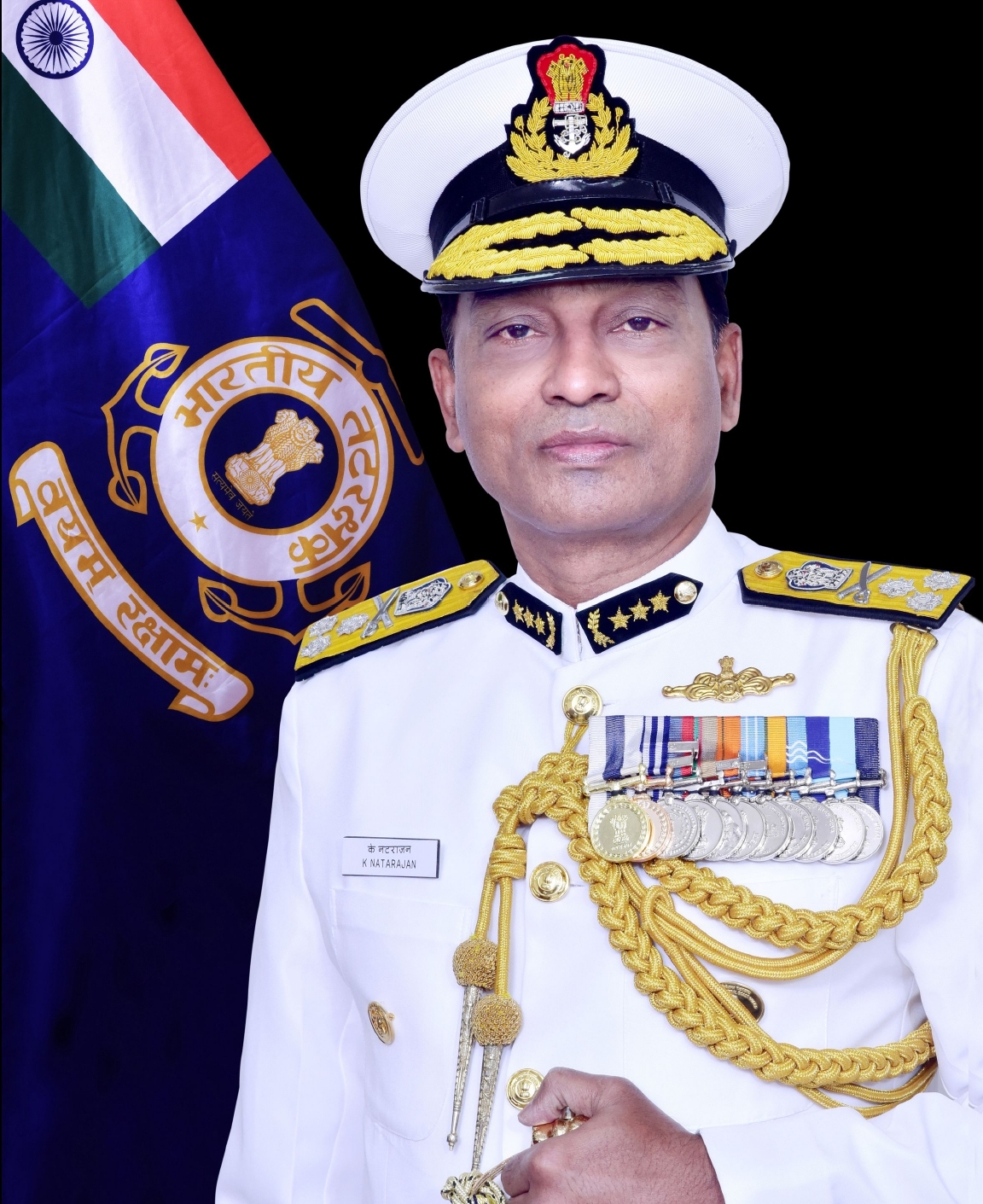 On elevation to the Flag rank in Aug 2009, he spearheaded the Staff Division of Policy & Plans at the Coast Guard Headquarters as the Deputy Director General (Policy & Plans) till Apr 2014. The Director General was instrumental in giving a fillip to the overall growth of the Coast Guard, post 26/11, in terms of establishing additional 20 Stations, 10 Air Establishment, Two Regional Headquarters, Two Seaboards and contract for 120 ships & boats and infrastructure development including a dedicated Academy. The Flag Officer was Commander Coast Guard Region (Andaman & Nicobar) from May 14-Jul-15 and Commander Coast Guard Region (West) from Jul 15-Aug-16. The Flag Officer was elevated to the rank of Additional Director General on 12-Aug-16 and since then held the reins of the Coast Guard Commander (Western Seaboard) till 29-Jun-19.

The numerous achievements of the Flag Officer during his distinguished career include those having deep fiscal bearing for the country. As the then Commanding Officer of CG Station at Mandapam in 1991-92, choked channels for smuggling of contrabands to Sri Lanka. In June 2006, his methodical planning as Chief of Staff Headquarters Region (West) resulted in apprehension of 200 kgs Cocaine off Mumbai. In July 2017, as the Coast Guard Commander (Western Seaboard), the Apex Level Op Control Authority on the West Coast, orchestrated the landmark operation for intercepting MV Hennry leading to recovery of 1.5 Ton Heroin worth ₹ 5000 Cr. In recognition of his exceptional service, he was awarded “World Customs Organisation (WCO) Certificate of Merit” in 2018.

Director General K Natarajan is a recipient of President Tatrakshak Medal (Distinguished Service) in 2011, Tatrakshak Medal (Meritorious) in 1996, Lieutenant Governor (Andaman & Nicobar Islands) Commendation in Jan 15. He was awarded “Kashti Ratna” in Oct 16 and “Samudra Manthan Award” in Dec 2017 for outstanding contribution towards Maritime Safety and Security.   The Flag officer is the second direct entry Coast Guard officer who took over the helm of Indian Coast Guard on 30 Jun 19 as 23rd Director General.