Over the last few decades, the Chinese government has invested in a number of projects to strengthen the country’s security and safeguard its interests particularly in the maritime domain.  One of the major areas that the Chinese government is focusing on is deep sea exploration. Although efforts of the Chinese government for the capacity buiding in the underwater started in 1980, it has become more vocal about it in the recent times. One such case was in December 2015, when notwithstanding the international pressure on its assertive posture in the South China Sea dispute, the China State Shipbuilding Corporation (CSSC) announced the  “Underwater Great Wall” project. It is in this context, this issue brief attempt to study the project and analyze the  implications  of the project in larger international politics.

The UGW project is considered as an advanced form of the Sound Surveillance System, which was used by the United States to detect the Soviet Union submarines during the Cold War. The current project is part of a major proposal released by the State Oceanic Administration in setting up an offshore observation network by 2020.   The proposal maintains that building a network covering coastal waters, the high sea, and polar waters would be fundamental for China to strengthen its maritime power.  The UGW is expected to perform the following functions:

It is apparent from the above discussion that the UGW is a multi-dimensional project, aimed to protect China from both the traditional and non-traditional security threats.  CSSC’s research and production bases in Beijing and Wuxi will play a crucial role in completing the project. It has the ability to support the whole industry covering fundamental research, key technology development, solution design, overall system integration, core equipment development, production, and operation service support.7

UGW project is not the first of its kind of underwater observation system built in China. The first element of a Chinese undersea optical detection system was deployed in 2010 and was set up near China’s North Sea Fleet, headquartered in Qingdao. The second system was installed near the Hainan Island in 2011, and part of the system went tested in 2013 near Sanya nuclear submarine base.8  These systems consist of a shore station, a two km long optical cable, the main connection box and a sub-junction box, three sets of observation equipment and three observation nodes with extended functions. In 2012, the State Council also announced the construction of the seabed observation system in Lingshui, Hainan.

It is still not clear, in which area of the South China Sea bordering China’s coastal region, the UGW project will be deployed. Nevertheless, Lyle J. Goldstein observes that “the current project would not be limited to the waters under China’s jurisdiction, but will also take into account areas touching China’s national interest, which includes the near seas, the depth of the farthest seas and around island bordering the far seas as well as strategic passages.”9 Hence, besides the South China Sea, China may utilize the project to safeguard its interest in the Indian Ocean and the Western Pacific as well.

Factors Responsible for the Construction of China’s UGW Project

There are two major factors which led to the development of UGW project; first, China wants to develop to build an undersea monitoring system, which could detect any threat at any given point of time. It is a well known fact that lack of an advanced maritime surveillance system is a serious challenge in securing its growing maritime interest. There is also an opinion that, “China’s current maritime security is complex, where most of Beijing’s undersea domain doors have been left open.”10  China’s method of tracking undersea targets is said to be weak and resulted in in the need to construct well designed underwater observation system to safeguard its maritime domain. The national security imperative is clearly visible for the construction of UGW project.

Second, China’s earlier underwater observation systems have failed to deliver the desired objective due to either lack of coordination, duplication in the construction, and weak project implementation.11 Most of the earlier systems are limited by low rate of data utilization, spatial coverage and lack of timely continuity of the system for long term development.12 As a result, China has failed to build a well-designed underwater observation system, which could have the capability to detect an underwater threat in any given situation.

Implications of the China’s UGW Project

In the wake of growing tension over the South China Sea disputes, the China’s State Shipbuilding Corporation announcement to develop UGW has resulted in concern and speculations. It is fair to argue that the military capabilities of the project are likely to overrule other three functions for some time. The CSSC is the key stakeholder of the UGW project and it is one of the top defense groups that build virtually all PLA Navy warships. The CSSC has earned the reputation of being the backbone of the PLA Navy’s warship needs. Given that, it is plausible that the UGW will have a crucial role in serving various interests  of the PLA Navy in securing China’s maritime frontier.

Besides military, as the  power competition between the United States and China grows, UGW could be an important response by the Chinese over the South China Sea dispute and the US’ increasing Freedom of Navigation (FON) patrols.  Lyle J. Goldstein has argued that the development serves as warning that Beijing is not simply willing to surrender to  the US undersea dominance.13  It also sends a clear message to other countries involved in the disputes that China is less likely to sit on the table to discuss the resolution of disputes.

The project is also understood as a significant response to the Japan’s activation of a coastal surveillance unit on Yonagunt Island, 67 miles from the east coast of Taiwan.  Therefore, at both regional and international politics level, the construction of UGW project raises concern and can deepen tensions in the South China Sea.

In the long term, as land resources deplete, a competition to extract resources from the deep sea will increase. Furthermore, with this increase in role of the sea, the sea based observation system will be the future of the marine exploration. At present, the United States, Japan, Canada and Europe are taking the lead in underwater observation. The gap between China and other countries, mentioned above in terms of undersea technology is enormous. Also, China’s current state of underwater surveillance capacity is inadequate for the country’s growing needs to safeguard its maritime interests. If China is able to construct the UGW successfully, it will achieve a major breakthrough in underwater exploration capability, which can enhance China’s ability to strengthen its maritime interests including the most immediate one in the South China Sea.

The UGW comes amid growing tension over the South China Sea disputes. The announcement, therefore, emerges as a defensive reaction by China over its position on the South China Sea disputes. Whether the project is built to serve its military objective or for the civilian purposes, is a subject of debate. However, the project has been designed in a comprehensive manner. It is expected to perform a number of tasks including environmental protection undersea, providing early warning of a disaster like tsunami, sea quakes, and typhoons, and to detect any underwater threat. The project can be considered as a major proposal to strengthen China’s maritime power by 2020. With growing concern over maritime security, this project will continue to occupy a significant place in Beijing maritime interest in the times to come. Hence, UGW project has the potential to play a major role in China’s long-term maritime interests.

Dolma Tsering is a Research Associate at the National Maritime Foundation (NMF).The views expressed here are his own and do not reflect the official policy or position of the NMF. She can be reached at dolma19@gmail.com 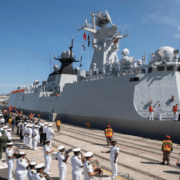 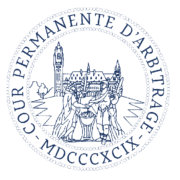 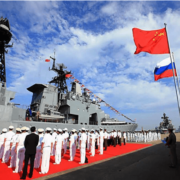 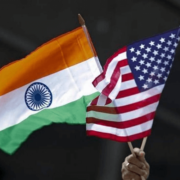