An alumnus of the National Defence Academy,Khadakwasla, the Defence Services Staff College, Wellington, the College of Defence Management, Secunderabad, and, the Royal College of Defence Studies, London, Admiral Sunil Lanba assumed command of the Indian Navy, as the 23rd Chief of the Naval Staff, on 31 May 16. He was appointed Chairman, Chiefs of Staff Committee on 31 December 2016.

Admiral Lanba is a specialist in Navigation and Aircraft Direction and has served as the navigation and operations officer aboard several ships in both the Eastern and Western Fleets of the Indian Navy. 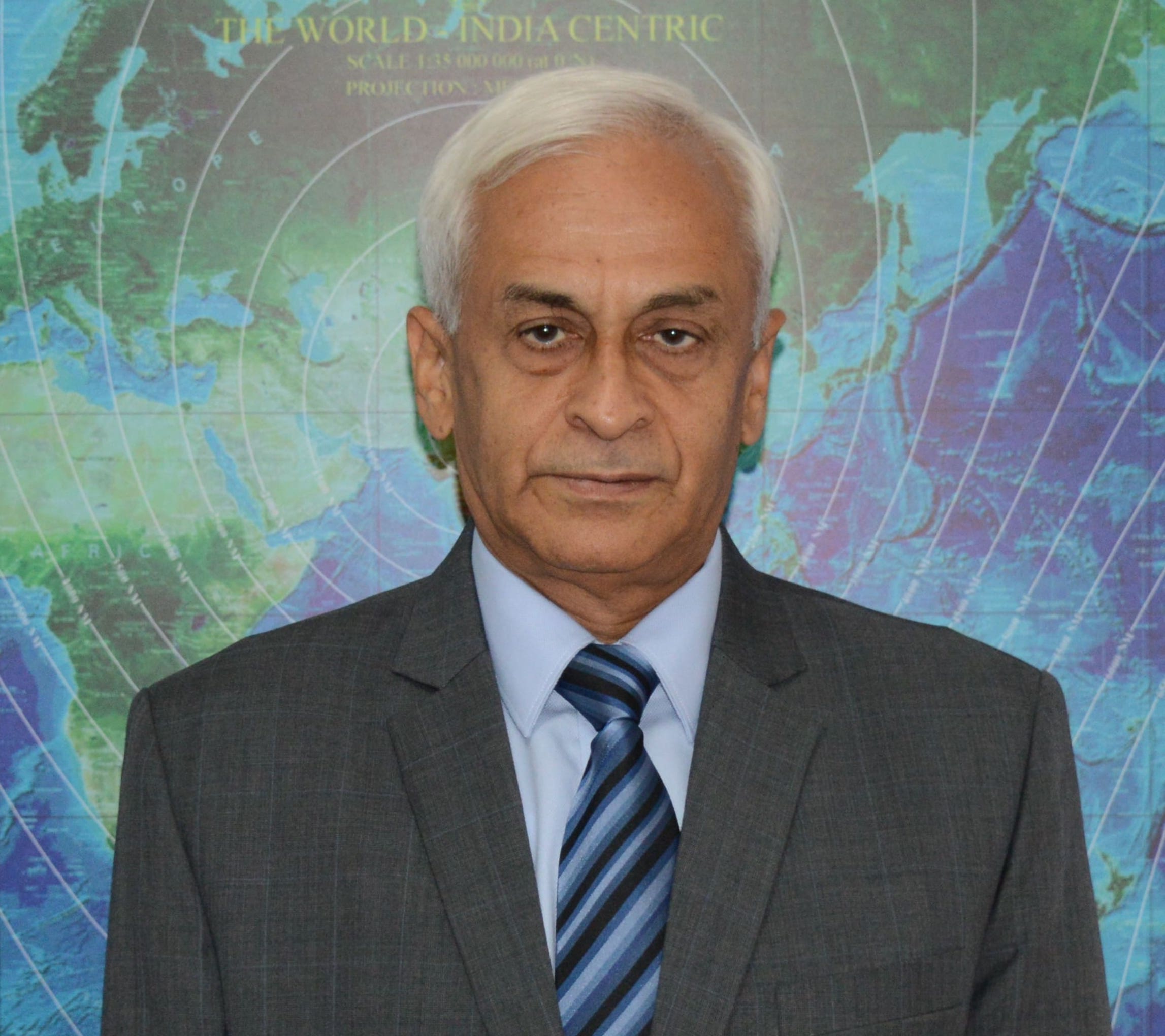 He has nearly four decades of naval experience, which includes tenures at sea and ashore, the latter in various headquarters, operational and training establishments, as also tri-Service institutions. His sea tenures include the command of INS Kakinada, a specialised Mine Countermeasures Vessel, INS Himgiri, an indigenous Leander Class Frigate, INS Ranvijay, a Kashin Class Destroyer, and, INS Mumbai, an indigenous Delhi Class Destroyer. He has also been the Executive Officer of the aircraft carrier, INS Viraat and the Fleet Operations Officer of the Western Fleet.

With multiple tenures on the training staff of India’s premier training establishments, Admiral Lanba has been deeply engaged with professional training, the shaping of India’s future leadership, and, the skilling of the officers of the Indian Armed Forces.

On elevation to Flag rank, Admiral Lanba tenanted several significant assignments in the Navy. As the Chief of Staff of the Southern Naval Command, he was responsible for the transformation of the training methodology for the future Indian Navy. The Admiral was thereafter appointed Flag Officer Sea Trainingand ushered a whole slew of measures to greatly enhance the battle effectiveness of Indian warships, and rationalised their combat manning. Later, as the Flag Officer Commanding Maharashtra and Gujarat Naval Area, he implemented significant coastal security initiatives and multiagency coordination mechanisms, which have since ensured safe seas and secure coasts along India’s western seaboard.

As a Vice Admiral, he has been the Chief of Staff of the Eastern Naval Command, and, thereafter, took over as the Commandant of the prestigious National Defence College, New Delhi. Upon his appointment as the Vice Chief of the Naval Staff, the Admiral streamlined the framework for transformation of the Navy’s combat capabilities and infrastructure development. The several tri-Service initiatives that he launched have made a lasting contribution towards integration and jointness.

Prior to assuming command of the Indian Navy as the Chief of the Naval Staff, Admiral Lanba had been the Flag Officer Commanding-in-Chief of both, the Southern Naval Command, and thereafter, the Western Naval Command. Rising manfully to the challenges inherent in these apex-level appointments, he provided the required impetus to training and skill-development, synergising combat operations, coastal security and safety, and infrastructure development all along India’s western seaboard, including the Lakshadweep Islands

On 07 June 2019, He took over as the Chairman of National maritime Foundation, New Delhi.