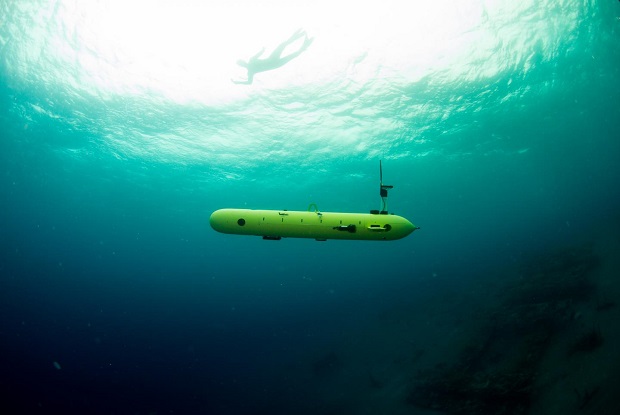 EMPLOYMENT OF UNMANNED MARITIME SYSTEMS IN THE INDO-PACIFIC: LEGAL IMPLICATIONS AND THE WAY AHEAD

On December 16 2016, the People’s Liberation Army Navy (PLAN) seized an Unmanned Underwater Vehicle (UUV) in the EEZ of the Philippines, approximately 50 nautical miles North-West of the Subic Bay. The UUV belonged to the United States (US) Navy. The US government condemned the Chinese action. It claimed that the People’s Republic of China had violatedinternational maritime law, specifically articles 32, 58 and 96 of United Nations Convention on Law of the Sea, 1982 (UNCLOS). While Articles 32 and 96 of the UNCLOS provide for the immunity of warships and the immunity of ships on government non-commercial service, respectively, Article 58 addresses the obligations of a State in Exclusive Economic Zone (EEZ) towards security of the Coastal State. However, the UNCLOS does not address these issues with respect to unmanned systems.  Unmanned Maritime Systems (UMS) consist of vehicles that are either autonomous or remotely operated in air, surface or subsurface (underwater).

Autonomous and remotely operated weapon systems are being increasingly used in modern day warfare. A classic example of the modern-day usage of an autonomous weapon system would be an armed aerial drone. The US uses it regularly for kinetic strikes against targets in Somalia, Yemen and in the AfPak region. Having realised the dangers of unregulated drone usage in the country, the government of India has instituted regulations to control their usage. Unfortunately, UMS have not received the same attention although their unregulated use in the waters of Coastal States in Indian Ocean Region (IOR) poses a complex challenge.

Unmanned systems can be used for activities ranging from surveillance missions to full-fledged kinetic strikes. Currently, UMS are used by navies for non-lethal assignments, inter alia the following,

Regulatory mechanisms are not developing as rapidly as technology is. Existing international laws, including the UNCLOS, do not provide sufficient clarity to address the issues regarding the legal status of UMS and the regulation of their employment.

International law treats naval vessels as extensions of the respective State whose flag they fly. This is an established principle of international law which grants sovereign immunity to these vessels from “interference by the authorities of nations other than the flag nation”. The status of UMS though, cannot be clearly determined by the international legal framework as it stands today.  UMS certainly do not fall under the definition of a warship. The UNCLOS definition states that a warship should be “manned by a crew which is under regular armed forces discipline.” As the names indicate, UUVs and most AUVs are unmanned. Whether UMS should be considered as warships or auxiliaries; or, do we require a new category to classify UMS is a question of law that requires deliberation.

To complicate the matter further, the UNCLOS does not define a ship or a vessel. Reference for the purpose of guidance though, can be made to the “San Remo Manual on International Law Applicable to Armed Conflicts at Sea, 1994”, for categorisation of UMS. The text of 13(h) Section V of the Manual allows the classification of UMS as Auxiliary Vessels. However, this poses another hurdle in regulation of UMS as the UNCLOS does not define the term ‘Auxiliary Vessels’ either. The status and nomenclature of UMS in the high seas and territorial waters of coastal states is something that legal heads need to ponder over.

Recently, the Indo-Pacific has emerged as a region of geopolitical competition. With the presence of all major powers in the IOR, which are also sufficiently technologically advanced to deploy UMS, it is imperative for India to assess the challenge from both operational as well as legal perspectives.

Among other powers, China has become increasingly active in the IOR. It has regularly deployed warships and even nuclear submarines. With its growing naval and technological might, there is a large likelihood that China will deploy UMS in the oceans around India. China has built or is in the process of building ports in Myanmar, Pakistan and Sri Lanka. It already has an active military base in Djibouti. With its ‘String of Pearls’ in the Indian Ocean Region, Beijing will be able to deploy, control and service its UMS in the IOR.

China has also been aspiring to augment its nuclear submarines with a system that is powered by AI. As AI is coupled with UUVs, more complex issues are bound to arise that will require active consideration by the regional nations. The 2016 incident in the South China Sea amply highlights the complexities of the employment of UMS in the IOR

The nations in the Indo-Pacific region have been actively procuring or developing UMS that are envisaged for military, non-military and dual-use purposes. However, the legal regime governing UMS ranges from being non-existent to highly inadequate.  This legal ambiguity is dangerous. This is so as another nation could deliberately exploit this gray area of the law or even accidentally cross another nation’s threshold and trigger a kinetic response. Nations would like to avoid situations involving UMS of other major powers which could lead to ratcheting up of tensions. The benefit of promulgating legal mechanisms is that, they are prospective. In furtherance of leaving no lacunae, nations should not wait for a trigger event to promulgate laws. Before such issues become a matter of grave concern, member nations of the Indo-Pacific must initiate promulgation of their respective municipal laws as well as contribute, not only to the development of appropriate international legal mechanisms but also to secure one’s own territory by addressing the lacunae in governing and regulating UMS. They should rather be equipped to address issues that are visible as a product of reasonable foreseeability. Consequently, there is a pressing need to clarify or create (if required) the legal architecture governing UMS. India, particularly, should take the lead in this as it is likely to be most affected due to its long coastline and expanding maritime interests in the IOR.

Suriya Narayanan is a research associate at the National Maritime Foundation. The views expressed here are his own, and do not reflect the official policy or position of the NMF. He can be reached at researchassociate3.nmf@gmail.com