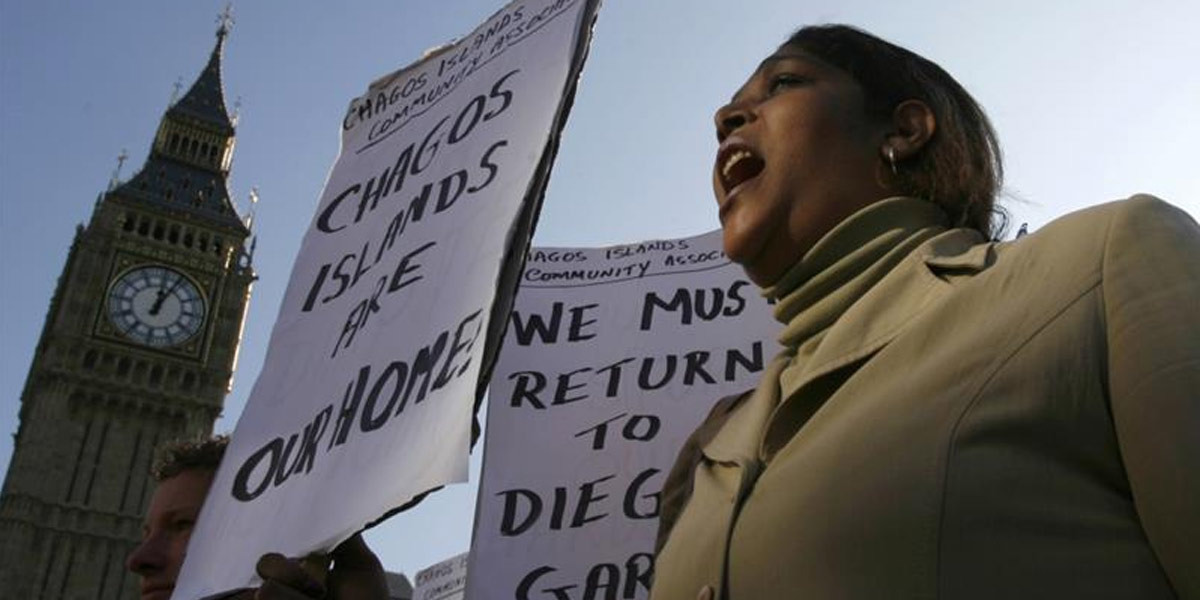 On 25 February 2019, the International Court of Justice (ICJ) delivered its verdict in favour of Mauritius, over the sovereignty of the Chagos Archipelago and asked the United Kingdom (UK) to hand over the disputed islands to the former. It was a longstanding contention between the UK and Mauritius over the sovereignty of these islands. The ICJ verdict was based on the request from the United Nations General Assembly under its agenda 87, which adopted resolution 71/292 (A/71/L.73) on 22 June 2017 entitled, “Request for an advisory opinion of the International Court of Justice on the legal consequences of the separation of the Chagos Archipelago from Mauritius in 1965”.

With a land area of 56.13 sq km, the Chagos Archipelago is a conglomeration of seven atolls and sixty islands about 500 km south of the Maldivian Archipelago in the Indian Ocean. The Chagos was first discovered in the early 16th Century by the Portuguese explorers. It was inhabited by the French in the 18th Century, mainly for coconut plantations to produce copra, and for fishing through employment of slave labour. In 1810, the territory of Mauritius was captured by Britain, and in 1814, under the Peace Treaty of Paris, the French handed over the archipelago to the UK[1].  Before 1965, the

Chagos was administered as a Dependency of Britain’s colony of Mauritius.  In 1965, the UK retained control over the Chagos by separating it from the autonomous state of Mauritius and retained sovereignty over it as a British Indian Ocean Territory (BIOT)[2]. Following the Independence on March 12, 1968 and the detachment of the archipelago, the Chagossians were removed from the island. The island was earlier populated by 1,500 Chagossians, who were relocated to Mauritius and Seychelles by 1973. The Chagossians have been fighting a protracted legal battle to return to their land. Presently, the current residents of Chagos are British and US military personnel who inhabit only Diego Garcia, the largest island of the archipelago. Ever since its Independence in 1968, Mauritian leaders have raised claims over the Chagos, asserting that the islands originally belonged to Mauritius.

There have been mainly three issues of dispute between Mauritius and UK with regardto in the Chagos. The first and the most important one is that of sovereignty of the Archipelago vis-a-vis the simultaneous claims made by Mauritius and the UK. The second concern is the legitimacy of Britain’s displacement of the Chagos Islanders who were forcibly evicted from their ancestral land when the UK took control of the island. The displacement was completed by 1973[3]. Under the BIOT Immigration Ordinance of 1971, it was a criminal offence for those without military clearance to be on the islands without permit. The third is the dispute over the establishment of Marine Protected Areas (MPAs) passed by the British Parliament in April 2010. These MPAs cover an area of 200 nm of EEZ (excluding Diego Garcia), in which fishing and other maritime activities such as extraction of minerals, construction activities, etc. are prohibited. However, Mauritius challenged the MPA provision, stating that the UK is not a coastal state to do so.

Transition to a US Military Base

Since the early 1960s, the UK’s aim to cede the Chagos was based on the desire of the United States of America (USA) to use certain islands in the Indian Ocean for military purposes. On December 30 1966, the USA, the UK and Northern Ireland concluded an agreement on the ‘Availability for Defence Purposes of the British 13 Indian Ocean Territory’[4]. Under the treaty of 25 February 1976, a naval base was officially installed by the USA, which allowed the US Navy to have a permanent outpost in the IOR for period of 50 years. In 2016, the UK extended the lease period by another 20 years, which was challenged by Mauritius. In fact, Diego Garcia is crucial to US power projection in the Indo-Pacific, so it wants to retain its control over the islands.

India, in fact, has always supported the process of decolonisation, and has readily accepted the sovereignty of countries that were erstwhile colonies. India, along with 94 other countries voted in favour of Mauritius in the resolution passed in the UNGA in 2017.  With the increasing visibility of China’s naval presence in the Indian Ocean Region, developments relating to the Chagos issue have geopolitical and security implications for India. Among the key factors are its friendly relations with Mauritius and the its increasing engagement with the USA and UK. However, the former has evolved over many years, and is critical to India’s national security. As far as India is concerned, any conflict between major powers in the IOR would have a major impact on India’s strategic interest. Traditionally, India has been opposed to big-power rivalry in the IOR. However, given the context of growing India-USA strategic relationship, India cannot oppose the USA’s demands. But at the same time, it cannot put its friendship with Mauritius in peril. In this regard, India can act as a binding force between Mauritius, the UK and the USA. India hence, needs to plan its move not in terms of moral principles, but should be guided by realpolitik.

Even though the advisory opinion of the ICJ is not legally binding to the parties, there are two ways to it. Firstly, it is important to note that the USA will in no way give up Diego Garcia anytime soon, because of its strategic importance. Hence, the ideal condition is considering the realpolitik situation is that the other parts of the Chagos can be handed over to Mauritius, while the Diego Garcia can remain under US control. Mauritius has legal rights over the sovereignty of the archipelago, if it were to consider historical facts. Ancestors of the Chagossians inhabited the lands since the early decades of 1780s[5]. At the same time, the Archipelago is a low lying area and is vulnerable to flooding (As per the “Feasibility study for the resettlement of the Chagos Archipelago”, conducted by the FCO). Other environmental factors like global warming and flooding due to cylonic storms; and socio-economic factors such as meagre commercial activities are likely to make resettlement infeasible in the longer run. The international community also wants the UK to hand over the Chagos Archipelago to Mauritius, as the island originally belonged to it. They hope and expect that colonial masters decolonise the last African colony that they have control on, as a vestige of colonialism. Mauritius has clearly stated its position that decolonisation of the archipelago would be achieved without any compromise on the status of Diego Garcia. Consequently, it may be in the UK’s overarching geopolitical interest to give up the claim to the island to conform to the will of the international community.

*Priyanjoli Ghosh is pursuing Masters in International Studies from Christ (Deemed to be University, Bengaluru) and has been a Research Intern at National Maritime Foundation, New Delhi. Joshy M. Paul is an Assistant Professor, Department of International Studies and History, Christ (Deemed to be University, Bengaluru). They thank National Maritime Foundation, especially Executive Director, Captain (Dr) Gurpreet Khurana and Captain Sarabjeet S Parmar for facilitating this project as a part of internship.

AMERICA, Exchange of notes constituting an agreement concerning the availability for defense purposes of the British Indian Ocean Territory (with annexes). London, 30 December 1966